Adipurush release date has been kept on 12 January 2023. 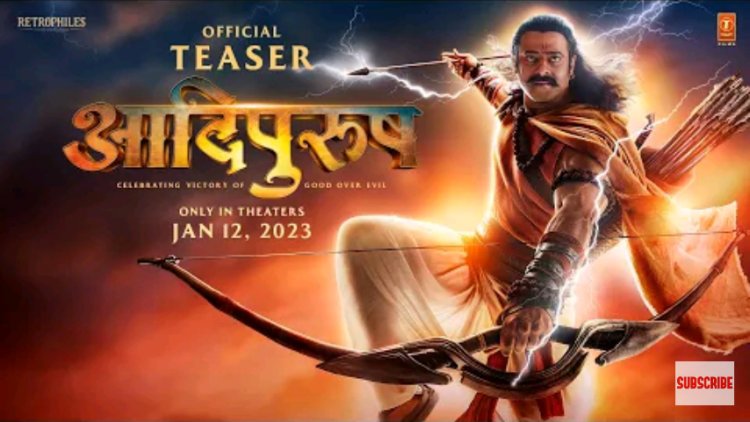 Prabhas's 'Ram Avatar' is being seen in the teaser of Aadipurush, which has created a wave of happiness among the fans, as soon as the teaser was released, users started reacting to the new look of the actor, while Saif Ali  Khan's 'Dashanan' i.e. Ravana look has created panic.
Prabhas's film has been shot simultaneously in Hindi and Telugu languages.  Its story was written by Om Raut in the lockdown of Kovid-19.  Prabhas liked this story and he decided to work in it.

The story of Ramayana is going to be shown in the film Adipurush.  In the film, Saif Ali Khan will play the role of Ravana, while Kriti Sanon will be seen as Sita and Sunny Singh as Laxman.  It will be released in Hindi and Telugu as well as Tamil, Malayalam and Kannada languages, its release date has been kept on 12 January 2023.
The film is directed by Om Raut and produced by Bhushan Kumar.  Adipurush's budget is being told around Rs 500 crore. With this, it has become one of the most expensive films made in India.

In a grand event on the banks of river Saryu, the makers released the teaser of Aadipurush, which is now creating a ruckus among the audience. Users are reacting fiercely to the teaser and are expressing their curiosity about the film's trailer and the release of the film. The film's director Om Raut, Bhushan Kumar, Kriti Sanon and the entire Adipurush team to participate in the event today in Ayodhya. Had arrived.

Nora Fatehi Stuns In Abu Dhabi With Her Trademark Style,...

“I am truly delighted and thrilled for all the love the...