Allu Arjun will save the world by becoming a part of the team of 'Avengers'! 'Pushpa' will make foreign debut with this film

There is great news for the fans of South Superstar Allu Arjun. The actor is going to give his Bollywood debut soon and this will be his first film. 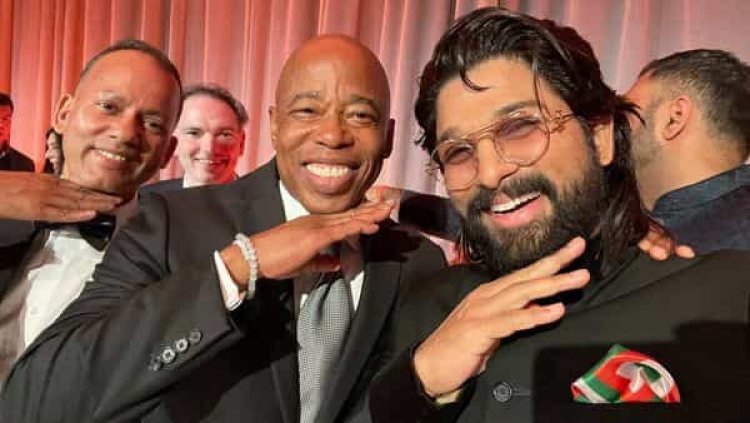 South Superstar Allu Arjun is busy shooting for his upcoming film 'Pushpa 2' these days, for which his fans are also eagerly waiting. The first part of this film created havoc at the box office. The film broke all records in terms of earnings. The film is based on sandalwood smuggling, in which Allu Arjun was seen in the role of 'Pushparaj'. Apart from his character in the film, his signature step and dialogue 'Jhukega Nahi Saala', the songs of the film were also well-liked. The end of the film was shown leaving it in suspense.

How will there be fierce competition between the policeman and Pushpraj in the next part? At the same time, the shooting of the second part of the film has started and this film will be released in 2023 next year. Meanwhile, good news has come out for the fans of Allu Arjun, after hearing that the fans will be happy. Allu Arjun is going to give his Bollywood debut soon.

At the same time, the name of South actor Allu Arjun is also coming out, after which his fans are looking very excited. Along with this, Allu Arjun has also shared some photos of there, with which he wrote 'It was a pleasure to meet the Mayor of New York City. Very sporty gentleman. Thanks for the respect, Mr. Eric Adams. Take it! @ericadamsfornyc @NYCMayorsOffice'.

Rakhi Sawant seen in hijab with boyfriend Adil, has the actress changed her reli...