Amit bursts 1040 firecrackers together, the sight of the day was seen in the night

Amit set fire to 1000 firecrackers, a bright light spread in the sky, for a few minutes it became a daytime sight at night. 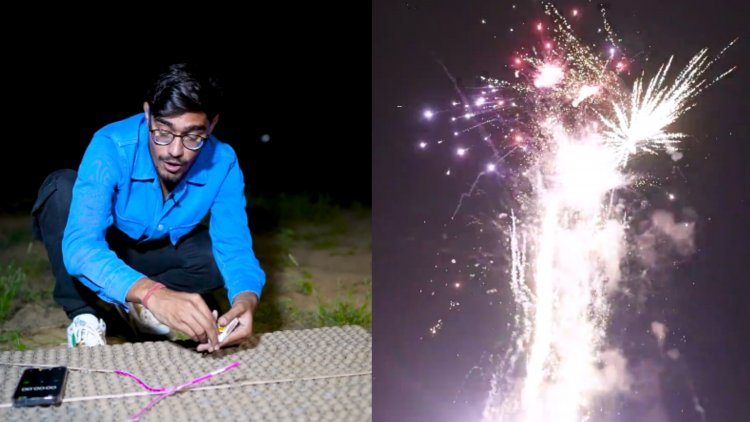 YouTube : A video has come on YouTube in which some boys are seen bursting firecrackers, in the dark of night, youths burst 1040 firecrackers together, they have given the price of these firecrackers as 86 thousand rupees.

Amit of Crazy XYZ sets firecrackers on fire and when the firecrackers explode in the air one by one, the sky was covered with colorful lights, a very beautiful sight was seen.  For about 4 minutes the firecrackers kept going in the sky and scattered light in the sky.  Aerial shots were also captured from the drone making it even more attractive.

This video has been uploaded to Crazy XYZ YouTube channel. Where it has got 50 lakh views so far. The Crazy XYZ channel is run by Amit Sharma, a YouTuber from Rajasthan.

Amit is a famous YouTuber, his channel has more than 2 crore 29 lakh subscribers.Where he often shares experiment videos. Most of his videos get million views, if all his videos are combined, he has got 800 crore views so far.As soon as Amit set fire to 1000 firecrackers, a bright light spread in the sky, for a few minutes it became a daytime sight at night.