BJP Attack on AAP: Today BJP again targeted the Aam Aadmi Party by holding a press conference. Talking to the media, BJP's national spokesperson Sambit Patra has accused Kejriwal of tricking the country. Along with this, he said that he is running 'Operation Drama' to save his corrupt leaders. 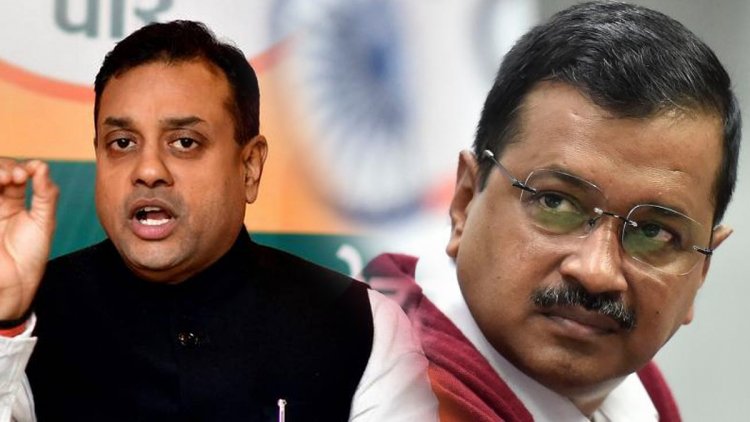 BJP has accused Arvind Kejriwal of misusing the stage of the assembly. The BJP says that they are using this platform for their political campaign and are making absurd allegations against other parties. BJP's national spokesperson Sambit Patra made these allegations against the Aam Aadmi Party by holding a press conference. Along with this, he said that he does operation drama to save his corrupt ministers. After this, he also raised the issue of corrupt ministers of the AAP government one by one.

Sambit Patra said, "Bundles of lies are being kept in the premises of the Vidhan Sabha, the holiest place of democracy. Today Kejriwal was saying that CBI people are very good people. CBI people have said in their ears that if it turns out, there is nothing yet. After 3-4 days Manish Sisodia will have to be arrested. All these CBI people told AAP and Kejriwal, in this way Kejriwal has tricked the country today."

He said, "This is the operation drama that is going on by Arvind Kejriwal in the true sense. This kind of operation drama happens before the arrest of every big corrupt leader. When the corruption investigation was going on against Satyendra Jain then He was giving the exact same statement. Calling him honest and calling him the best minister. Raising questions on CBI and ED. But he should tell that if there is truth in his statements, then after 4 months till now he Why didn't you get the bail too?"

Sambit Patra, referring to Satyendra Jain, said, "He was saying the same thing in the case of Satyendra Jain that rattles have been found from his locker. Rattles are found in the locker, but bail is not available. These things he went to court. Why not say that he is staunchly honest and that CBI and ED are investigating in vain? Still, he is not getting bail and that says a lot about his corruption."

After this, Sambit Patra also raised the matter of the fake degrees of Law Minister Jitendra Tomar. He said, "When his law minister Jitendra Tomar was arrested and questions were being raised about his degree. Then he was saying on the assembly premises that the most educated person in the whole world is Jitendra Tomar and BJP is trapping him like this. After that he was arrested then his degree was found to be fake. In Bihar also investigation was done and then he was expelled from the cabinet.

Sambit Patra also gave the example of other leaders. He said, "Similar to how Ration Minister Sandeep Kumar, who was in the AAP government, was caught respecting women, we saw all this in the video. Today Sandeep Kumar has been sacked, so because the allegations against him are true. Similarly, Aseem Ahmed Khan was also sacked on corruption charges. He was caught red-handed. Ten days not to form the government in Punjab, he had to sack his health minister."

BJP spokesperson said that "Kejriwal says that in the human history of 3-4 thousand, most harassment has happened on Aam Aadmi Party. Kejriwal Ji is wrong, biggest U-turn in human history, if someone is a Paltu party, then it is Kejriwal's party. If you want to see a living example of how the fanatics became corrupt within a few weeks, saying that the fanatics will become honest, then this is the AAP party. Even Anna Hazare has questioned his intentions.