Ashwini Vaishnav Said On Semiconductor Manufacturing And 5G In The Country, Disclosed This About BSNL

Speaking during Business Today's India@100 Summit, Telecom Minister Ashwini Vaishnav said that India will make a mark in the field of the semiconductor chip design in the coming five to six years. Semiconductor manufacturing plant to be set up in the country soon 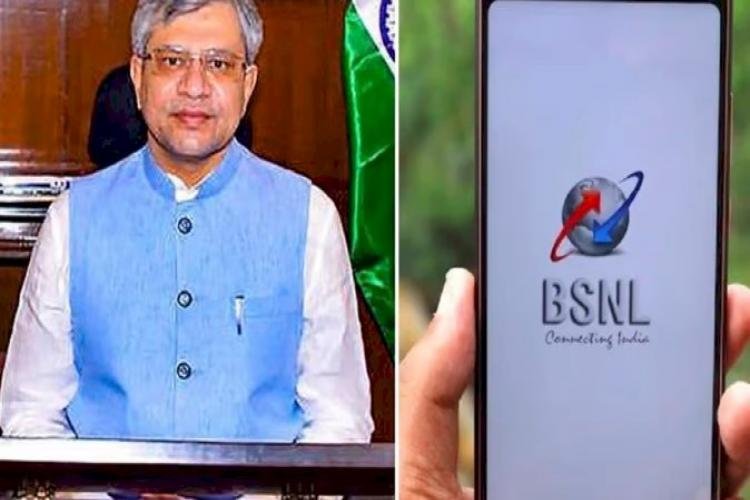 Ashwini Vaishnav Said On Semiconductor Manufacturing And 5G In The Country, Disclosed This About BSNL

Speaking during Business Today's India@100 Summit, Telecom Minister Ashwini Vaishnav said that India will make a mark in the field of the semiconductor chip design in the coming five to six years.

India to become a leader in semiconductor design
The Telecom Minister has said that there are about 55000 semiconductor design engineers working in different companies in the country. Responding to the question of Taiwan being at the forefront of the world in this matter, Vaishnav said that Taiwan had started in this field long back, due to which it is at the forefront of its supply.
Image preview

Ashwini Vaishnav also spoke on 5G
The Telecom Minister said during the program that we were far behind in the telecom and electronics manufacturing sector, but today only 25 lakh people are getting employment in the electronic manufacturing sector. During this, the Union Minister also said that 5G is going to become a reality very soon in India. The people of the country will be able to take advantage of 5G facilities. He said that the country will start 5G from the month of October.

These two sectors will get a big benefit from 5G
Speaking during the program Ashwini Vaishnav said that with the introduction of 5G services, the education and health care sectors will benefit the most. In these two sectors, technology is used the most. He said that both these sectors are the foundation of the pyramid of the country. He said that state-controlled telecom company BSNL will also implement its 5G policy in the coming one-and-a-half to two years.

Ashwini Vaishnav also spoke on Data Protection Bill
Speaking about the Data Protection Bill, Union Minister Ashwini Vaishnav said that continuous work is being done on it, and its draft will be prepared and presented soon. He said that presently the telecommunications industry is regulated under the laws of 1885, so it is a challenge to integrate it with today's times. It's time to think about how to fix it.

Now Is Not The Right Time To Levy Charges On UPI Services, The Finance Minister ...

Nirmala Sitharaman Said - GDP Will Grow At The Rate Of 7.4% This Year, And Advic...

'Photos of Lakshmi and Ganesh with Gandhiji on note', A...