Big blow to Mohammed Shami, wife Hasin Jahan will have to pay this much alimony every month 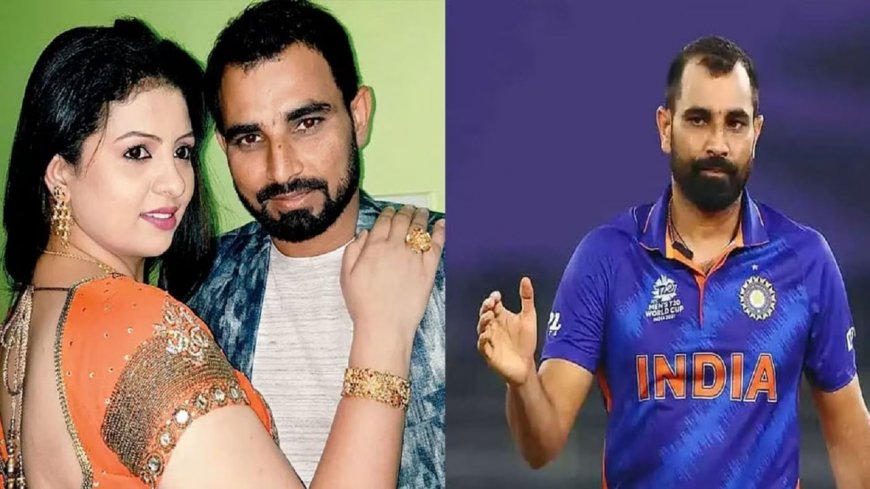 The dispute with Indian fast bowler Mohammed Shami's wife Hasin Jahan is once again in discussion. A Kolkata court has ordered cricketer Mohammed Shami to pay monthly maintenance of Rs 1 lakh 30 thousand to his estranged wife Hasin Jahan. Along with this, the court made it clear that out of Rs 1 lakh 30 thousand, Rs 50 thousand will be personal alimony for Haseen Jahan and Rs 80 thousand will be the cost of maintenance of her daughter who is living with Haseen Jahan. Responding to the court's order, Hasin Jahan has termed the alimony as low.

In 2018, Hasin Jahan filed a case in court demanding monthly maintenance of Rs 10 lakh. Haseen Jahan had sought Rs 7 lakh for personal maintenance for herself and the remaining Rs 3 lakh for the maintenance of her daughter.

Hasin Jahan's counsel Mriganka Mistry informed the court that as per Mohammed Shami's income tax return for 2020-21, his annual income was more than Rs 7 crore and sought monthly income on the basis of the same. The alimony of Rs 10 lakh was not unreasonable.

At the same time, Mohammed Shami's lawyer Selim Rehman claimed that Hasin Jahan herself was earning a steady income source by working as a professional fashion model, so the demand for that high alimony was not justified. Finally, after hearing both sides, the lower court on Monday fixed the amount of monthly alimony at Rs 1.30 lakh.

After the court's order, Hasin Jahan said that she would have got relief if the amount of monthly alimony was more. However, so far there has been no response from Indian fast bowler Mohammed Shami in this matter. He is currently a part of Team India in Indore. Today on Tuesday, he has to play a match against New Zealand.

America: After California, now firing in Iowa, 2 students killed, one teacher in...