Demonstration against Pakistan in POK's Gilgit-Baltistan, people said - we have to meet in India

Protest in POK: These days Pakistan is facing a deep economic crisis. The cost of food and drink is skyrocketing here. The situation is that people are fighting for a packet of flour. In the midst of this severe economic crisis, protests against the government are going on in Pakistan Occupied Kashmir. 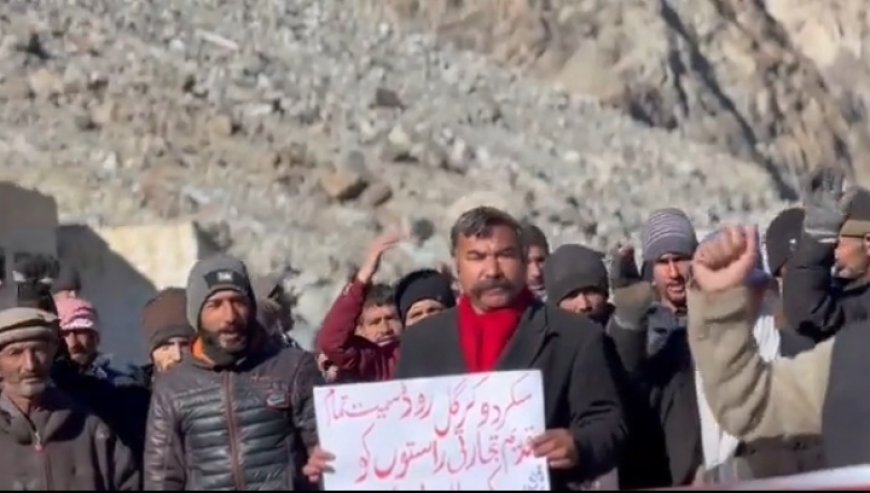 Amid the economic crisis, people in Pakistan's Gilgit-Baltistan are protesting for integration with India. Some pictures and videos of people's protests have surfaced on social media. In this, the people of Gilgit Baltistan have been seen performing. The people of Gilgit Baltistan have been protesting against Pakistan for the last few days, demanding to be merged with India's Union Territory of Ladakh. The protesting people of Gilgit Baltistan demand that the Sakardu Kargil Road in Ladakh's Kargil district be reopened. So that he can do his business. Meet your relatives. Along with this, some people are also demanding that Baltistan should be reunited in the Kargil district of Ladakh, Union Territory of India. According to media reports, this demonstration in PoK is protesting in this area for the last 12 days.

Videos of the resentment and protests of the people of Gilgit Baltistan are going viral on social media. Many videos are viral on social media in which people of Gilgit Baltistan are seen shouting slogans with placards in their hands. The people of this place have been on the streets against the government of Pakistan for the last 12 days and are raising issues like the exploitation of natural resources including demand for subsidies on food items.

It is known that Pakistan is facing a severe economic crisis these days. The prices of food items in the country are in the seventh sky. In such a situation, the displeasure of the people towards the government has also increased. Various issues such as restoration of subsidy on wheat and other food items, load-shedding, illegal land occupation, and exploitation of natural resources of the region have been raised by the residents of POK.

Pakistan's military establishment continues to forcefully claim the land and resources of the Gilgit-Baltistan region. The land issue has been brewing for decades, but since 2015, locals have been arguing that the land belongs to the GB people, as the area is in PoK. However, the district administration maintains that the land has not been transferred to any person belonging to the Pakistani state.

Lalu Prasad Yadav is in trouble, now CBI will prosecute in Land for job scam cas...

Osama Bin Laden Wanted To Do Another 9/11-like Attack O...

Queen Elizabeth's body will not be buried for the next ...