West Bengal News: Today in West Bengal, the Central Agency Enforcement Directorate has taken a big action. ED officials have recovered a huge amount of cash after raiding a transporter in Kolkata. It is being told that the counting of notes is still going on. 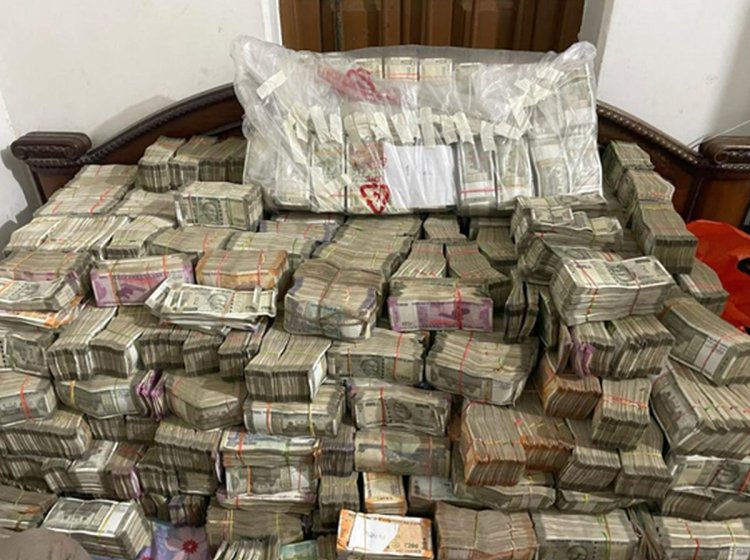 New cases of corruption are coming out from West Bengal. Now today in Kolkata, the capital of West Bengal, the Central Agency Enforcement Directorate raided a transporter and recovered a huge amount of cash. According to the information received, the ED team raided the hideout of transport businessman Nisar Khan in the Gardenrich area of ​​Kolkata on Saturday. The ED has so far seized Rs 12 crore cash from here. The counting of notes is still going on.

It was told that the Enforcement Directorate (ED) officials raided the house of transport businessman Nisar Khan in Gardenrich. ED has got a huge amount of cash from here. The cash is so much that the officials had to get machines to count. According to ED sources, several bundles of Rs 500 notes wrapped in plastic bags were found under the bed of Nisar's two-storey house. Along with this bundles of 2000 rupees notes were also found.

In this raid of ED, information about the recovery of Rs 12 crore cash has come to the fore. The notes are still being counted. It was told that the ED officials launched a joint operation at three places in Kolkata. The operation is being carried out on McLeod Street near Park Street. The remaining two raids were carried out in the area adjacent to the port and the royal stable of Gardenrich. A huge amount of cash has been found in the house of Nisar Khan, a transport businessman based in Gardenrich.

In Kolkata, where ED conducted this raid, CRPF personnel are stationed there. After the cash recovery, the ED team is questioning Aamir Khan and his family members. It is not yet officially clear as to which case the seized cash belongs. But according to information received from ED sources, there has been a case of money laundering against Nisar Khan in relation to mobile gaming applications.

According to media reports, a person named Nisar Khan created a mobile gaming application called E-nuggets a few days ago. First, he won the trust of the people through this gaming application. And when people started using this app, with crores of rupees, he stopped the facility of withdrawing money from the app.