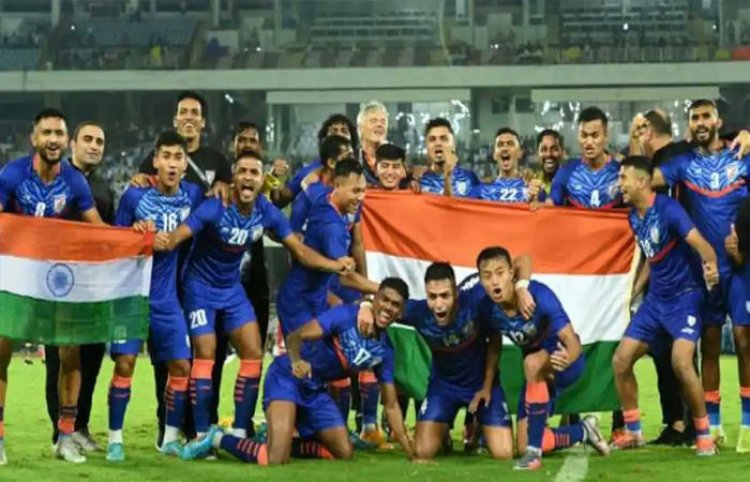 The International Federation of Association Football (FIFA) has dealt a big blow to Indian football players and fans. FIFA has suspended the All India Football Federation (AIFF) with immediate effect. FIFA has taken this decision due to a violation of rules by the Football Federation of India. Not only this but the hosting of FIFA U-17 Women's World Cup 2022 to be held in October has also been snatched from India.

FIFA said in its statement that the Bureau of the FIFA Council has unanimously decided to suspend the All India Football Federation (AIFF) with immediate effect for "unwarranted interference". This is a serious violation of FIFA rules. In early August, FIFA had warned AIFF of suspension over third-party interference. But now he told in the statement that the decision of suspension has been taken after everyone's consent.

#FIFABan: Fifa has suspended the All India Football Federation due to “undue influence from third parties,” the global football body announced.

A FIFA statement said that the suspension means that the FIFA U-17 Women's World Cup 2022 to be held in Goa and Mumbai, India from 11-30 October 2022, will also not be held. However, FIFA said it was assessing the next steps regarding the tournament and would refer the matter to the Bureau if needed.

Indian football captain and veteran striker Sunil Chhetri on Sunday told his fellow players that there is no need to heed FIFA's threats to suspend or ban Indian football. He told the players that you should focus on performing at their best on the field.