The book which has been released by former President Implementation Inauguratedan exhibition focused on the life and times of B R Ambedkar. 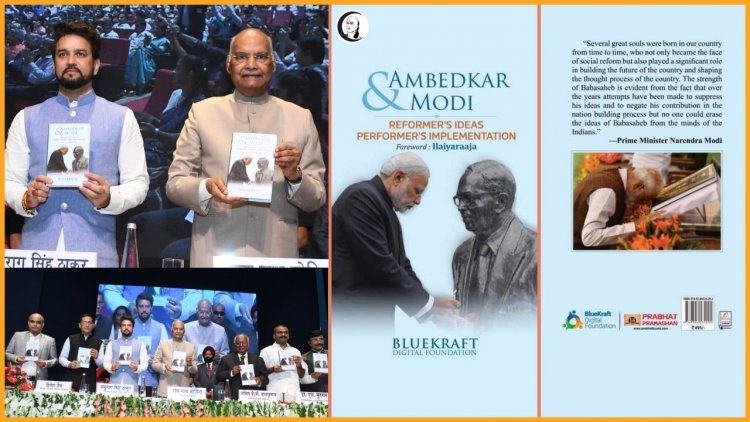 Former President Ram Nath Kovind of India released a book focused on Bharat Ratna Dr. BR Ambedkar and Prime Minister Narendra Modi. In this book, apart from the life and deeds of Ambedkar, the initiatives taken by Prime Minister Narendra Modi to implement his ideals have been highlighted.
The book which has been released by former President Implementation Inauguratedan exhibition focused on the life and times of B R Ambedkar.

An official said the book gives an in-depth explanation of Ambedkar's life, works and achievements from a scholarly perspective and presents an undeniable synergy between his ideals and the 'development journey of a New India'.
The 12 chapters of this book cover topics related to infrastructure, education, socio-economic mobility, gender equality, self-reliance and many other areas. The book not only presents Ambedkar's vision towards India, but also mentions the many achievements of Modi and his government.

Goods and toys worth crores seized from Mundra Port in...