Jammu Kashmir: A Lashkar-e-Taiba terror module was busted in Bandipora today in a joint operation by the state police and Indian security forces in Jammu and Kashmir. In this campaign, Indian soldiers have also arrested four people including two terrorists. 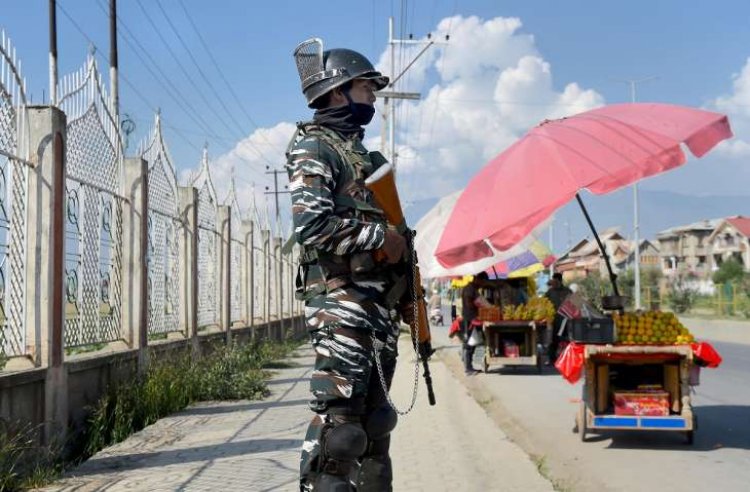 Jammu and Kashmir Police and security forces have got great success. Officials said on Tuesday that the state police and security forces have busted the terrorist module of Lashkar-e-Taiba in Bandipora. Along with this, four people including two terrorists have been arrested. According to the police, Bandipora police along with 13 Rashtriya Rifles and CRPF arrested two active terrorists belonging to the banned terrorist organization Lashkar during the cordon and search operation launched at Gundbal nursery.

The arrested terrorists have been identified as Musaib Mir alias Moya, resident of Rakh Hajin and Arafat Farooq Wage alias Dr. Adil, resident of Gulshanabad Hajin. Police said that objectionable material including one AK-47 rifle, one AK-56 rifle, four AK series magazines, RDX powder, a detonator, an IED mechanism, remote control, loose wire, and an iron pipe was recovered from both the terrorists. Is.

The police officer said that the two terrorist associates arrested there have been identified as Imran Majeed Mir alias Jafar Bhai, resident of Wangipora Sumbal and Suraiya Rashid Wani alias Santi, resident of Wahab Rpe Mohalla Hajin. Two hand grenades and other objectionable materials were also recovered from them.

Preliminary investigation has revealed that the busted terrorist module was being controlled by LeT terrorist commander Samama alias Babar from Pakistan-occupied Kashmir. The terrorists were ordered to carry out major attacks on the security forces to create fear in the minds of the people.

At the same time, the terrorists were also ordered to explode IEDs in a crowded public place. Police have said that the local people have appreciated the timely busting and arrest of the Pakistan-run terror module.

Shahrukh made the name plate of 'Mannat' not with diamonds, but with this specia...

Amitabh got scolded by this contestant during KBC! Big B got up from the seat, t...

Jammu and Kashmir: Two terrorists killed in attack on A...

Opposition flares up on BJP over Uniform Civil Code in ...