Kapil Sharma called Karan Johar's show a 'coffee shop', got such a reply from the producer

Filmmaker Karan Johar's chat show 'Koffee with Karan' is very much liked, but after a while comedian, Kapil Sharma publicly made such a joke about his show that the video itself went viral. 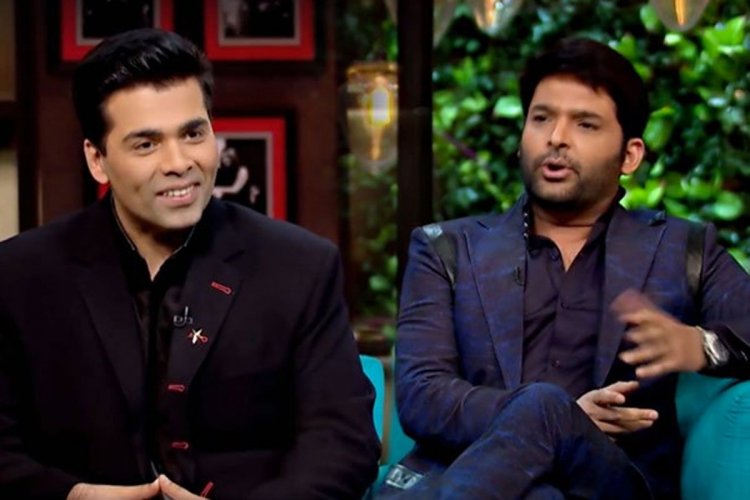 Kapil Sharma called Karan Johar's show a 'coffee shop', got such a reply from the producer

Filmmaker Karan Johar's chat show 'Koffee With Karan' is going on its 7th season. All the big stars of the industry come to this show of Karan, whose unheard secrets of life are revealed by Karan in front of everyone. While some people like this show Karan, it is liked by most people, but once in front of everyone, TV's famous comedian Kapil Sharma raised such a joke that people Couldn't stop laughing. This video of him is also becoming increasingly viral on social media. This video of him is from the year 2017.

This video is from Filmfare in the year 2017. The event was hosted by Karan Johar and Kapil Sharma together. Both had a lot of fun on the sets of the event. These fun events both were well-liked. During this, Kapil said a big thing about Karan's chat show. In the first video, Karan tells Kapil 'I was waiting so long that you will call me, I was waiting to call me on stage'. Responding to this, Kapil said 'You don't even wait, a show ends. In others, you become a judge. Kapil further says that 'if he ends, then he becomes a judge in the third. The coffee shop is kept open from above.

Kapil says that 'if he gets time from all this, he makes even half a film and with the help of that film, he enters every award show'. After this, all the people present there started laughing and laughing. On the other hand, if we talk about Kapil Sharma's comedy show 'The Kapil Sharma Show', then ever since his show has stopped, the fans are eagerly waiting for its next season to come. Meanwhile, Kapil also travelled abroad with the entire team of his show. Recently he was seen walking the ramp in a show. The new season of Karan Johar's chat show 'Koffee with Karan' premiered on 7 July 2022, in which many stars have come so far.

Rubina Dilaik Accuses Kanika Mann Of Cheating, And The...