NCP corporator and taluka president Vikas Santosh Patil has given a challenge to MLA Kishor Patil to hold this meeting in the taluka as the general meeting has not been held in the taluka for the past three years. 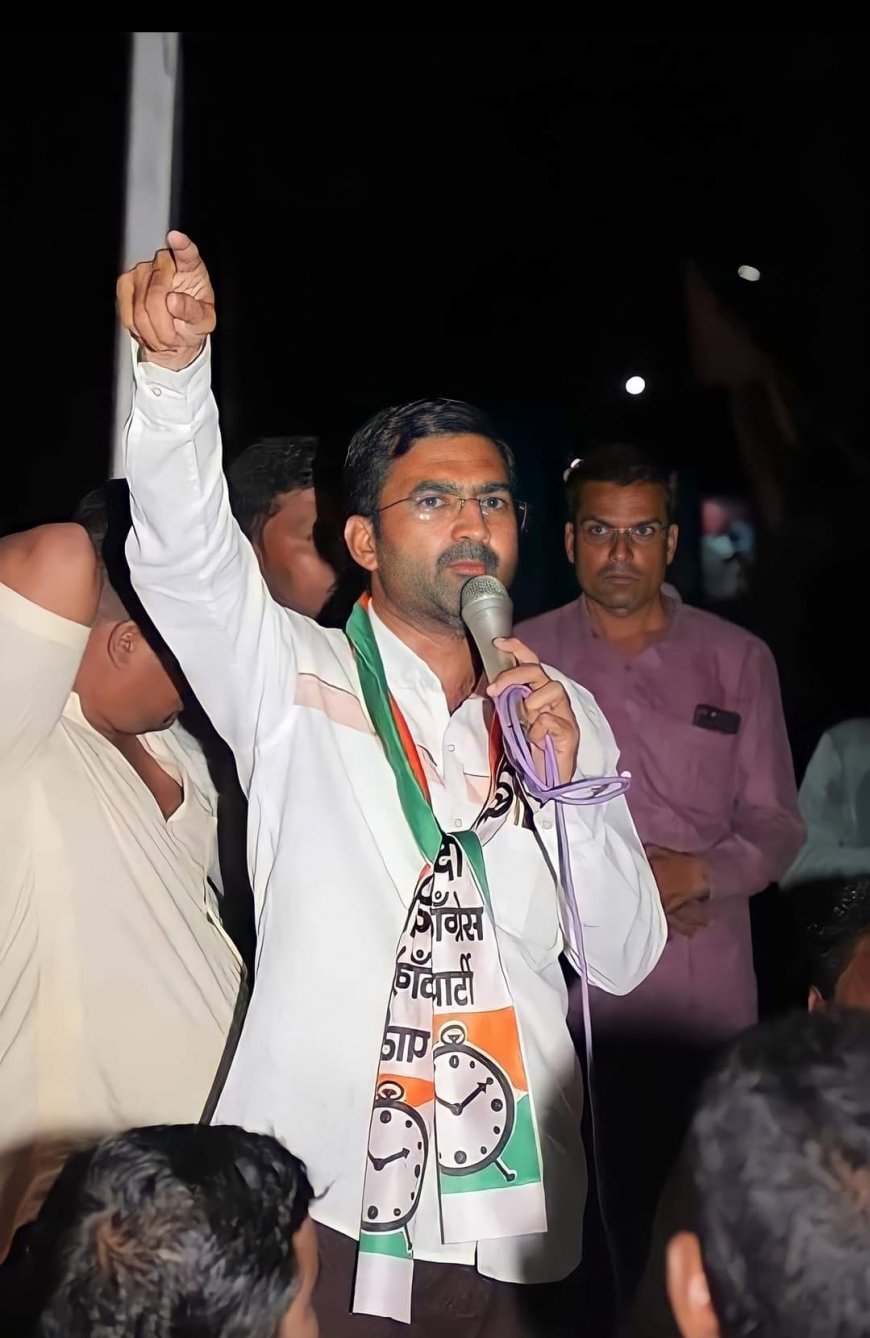 NCP corporator and taluka president Vikas Santosh Patil has given a challenge to MLA Kishor Patil to hold this meeting in the taluka as the general meeting has not been held in the taluka for the past three years.

Almost three years of Maharashtra Vidhan Sabha are completed, But urban of the taluka, Also rural issues which are important in the general assembly get away. In fact all section questions and answers. It is obtained in a suitable manner through the General Assembly.

In the same department and related taluka Raise the intimate questions of the people in constituencies. Mla should come, because the problems can be solved. There is a different importance and appropriate medium from the point of view.

Also as a place to ask the right questions. The meeting is looked at. But, since last three years People from all constituencies from this important meeting Deprived and deprived of the rights of the people From an important meeting that puts the authorities on edge

People should not be deprived. immediately a general meeting should be taken, So that people can raise their important questions. And you solve it through the Aamsabha.

Vikas Santosh Patil is the only corporator from Pachoria who has been elected with the highest number of votes. He is known in Jalgaon district for development works and for solving common people's problems on the spot.

Looking at the problems of citizens and farmers, He has demanded that Kishor Appa Patil should organize a general meeting as soon as possible through a press release.

One death due to Corona in Delhi, CM Kejriwal called a big meeting, can make a b...

It Is A Matter Of Shame That The Elephant Statue Was St...