More than 1200 gifts received by Prime Minister Modi will be auctioned, know how you can be part of it

More than 1200 gifts received by Prime Minister Narendra Modi will be auctioned, the money from which will be given to the Namami Ganga project. By participating in this auction, you can also buy these gifts, whose price has been kept in the categories of Rs 100 to Rs 10 lakh. 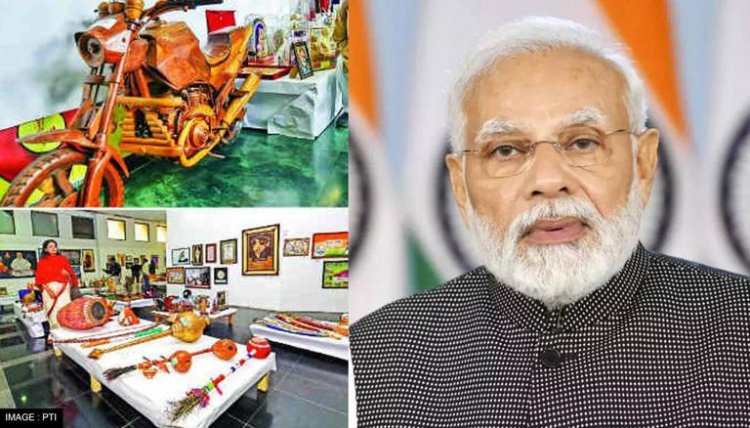 More than 1200 gifts given to Prime Minister Narendra Modi by politicians, sportspersons and people from different walks of life will be auctioned, which will be held from September 17 to October 2. Advait Garnayak, Director, National Gallery of Modern Art, said that the auction of gifts received by PM Modi will be done through the website pmmementos.gov.in, where everyone will be given gifts by various dignitaries representing India's rich culture and heritage. You can buy gifts.

According to Adhait Gadnayak, director, National Gallery of Modern Art, an idol of Goddess Mahalakshmi located in Kolhapur will also be auctioned through the website pmmementos.gov.in, which was gifted by NCP leader Ajit Pawar to Prime Minister Narendra Modi. . Along with this, the wall hanging of Lord Venkateswara, given by Andhra Pradesh Chief Minister Jagan Mohan Reddy, will also be auctioned.

Temsunaro Jamir, on behalf of the National Gallery of Modern Art, said that the model of the Ram temple being built in Ayodhya and the Kashi-Viswanath temple being built in Varanasi have also been included in this auction. Along with this, other sporting items including T-shirts, boxing gloves, javelins, and rackets, signed by the players will also be auctioned, which includes traditional shawls and ceremonial swords.

According to Adhait Gadnayak, Director, National Gallery of Modern Art, this will be the fourth edition of the e-auction of gifts received by PM Modi, in which everyone can buy the auctioned items through the website pmmementos.gov.in. All the items available in the auction will go live on the website from the 17th of September.

Big action against terror links of gangsters across the country, NIA raids in 50...

Hearing on petitions filed against CAA postponed in Supreme Court, hearing will ...

Bulldozer reached to demolish house in Joshimath, some ...