Nagarjuna said something like this on the divorce of sons Chaitanya and Samantha Ruth, said - 'He is happy now...'

These days, South actor Nagarjuna, who is enjoying the success of his film 'Brahmastra', said such a thing on the talaq of his son Chaitanya and ex-daughter-in-law Samantha Ruth, which would surprise anyone. 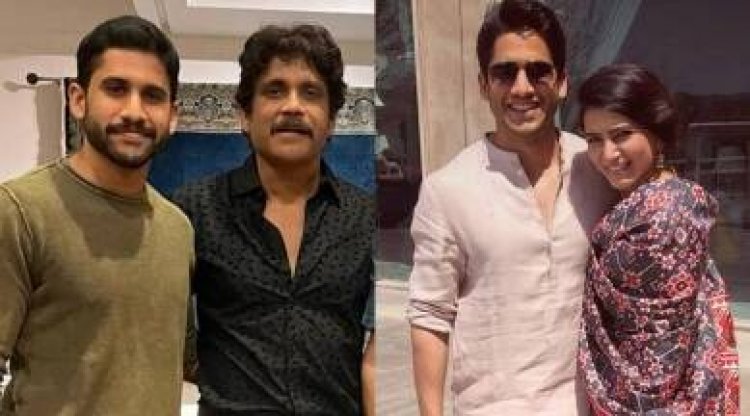 Veteran actor Nagarjuna, who has flaunted his strong acting from South to Bollywood, is enjoying the success of his film 'Brahmastra' a lot these days. Meanwhile, he also talked about the talaq of his son and actor son Chaitanya and ex-daughter-in-law Samantha Ruth. He had not given any statement on the divorce of both of them earlier, but recently he spoke openly about it and said that 'she (Chaitanya) is happy'. That's all I see. That's enough for me'. Recently, the actor spoke openly about this in a news post.

Nagarjuna while talking said that 'what happened to him is an unfortunate experience. We cannot change it, we have forgotten what happened and those things are out of our life. The actor said that 'he hopes that others will also forget this thing'. However, this thing of his also surprises his fans, because Chaitanya and Samantha got married in the year 2017 after dating each other for a long time.

After this, both of them decided to get divorced last year and both separated in October. After their divorce, their fans were very disappointed. In such a situation, this statement of Nagarjuna may be disliked by his fans. Not only this, but Samantha had also returned the wedding dress to Chaitanya after the divorce, which was given to him by the actor's grandmother. The actress also rejected the alimony given after the divorce.

At the same time, the reason behind the divorce of both is being told to Shobhita Dhulipala, the actress in the film 'Major'. It is being said that both are dating each other. The two are also seen together on many occasions. Although the two have not given any official statement regarding their relationship, the actress made a post from her Twitter handle when Samantha was questioned about her dating via social media.

It was written in the post that 'Rumor about the girl - will be true !! Rumours about the boy - the girl must have planted !! Grow up..we both have moved ahead…you too go ahead…focus on your family and your work'. Not only this, Samantha, while talking about her divorce in this season of Karan Johar's chat show 'Koffee with Karan', said that 'if both of us are left in the same room, then all the sharp things will have to be touched'.

After Urvashi Rautela, Another Indian Actress Fell For...