Actually, Subhash Chandra Bose's death is a mystery. Many people claimed that he died in an air crash. His remains were then collected by a Japanese official and preserved at the Renkoji Temple in Tokyo. Since then three generations of priests have cared for the relics. 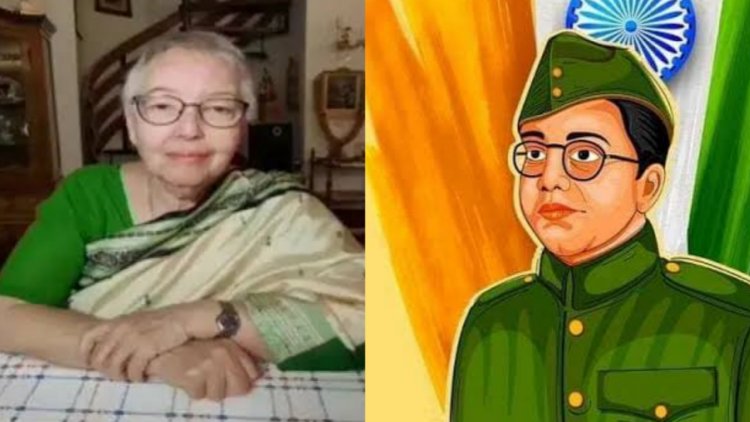 Subhas Chandra Bose : On the occasion of Independence Day, the whole country remembered Netaji Subhas Chandra Bose.  Meanwhile, Netaji's daughter Anita Bose Pfaff, who lives in Germany, demanded the Modi government to bring Bose's remains to India.  Anita said that in Netaji's entire life nothing was more important than the independence of the country.  Actually, Subhash Chandra Bose's death is a mystery. Many people claimed that he died in an air crash.  His remains were then collected by a Japanese official and preserved at the Renkoji Temple in Tokyo.  Since then three generations of priests have cared for the relics.

The biggest mystery of Netaji's death:

Anita Bose has been saying for a long time that Netaji's relics are in the Renkoji temple. Many of her Indian relatives have also requested the government several times to find out where Netaji had gone from Taiwan.  Born in Austria, Subhash Chandra's daughter is Anita Bose Faf and her mother's name is Emily Schenkel.  Anita Bose Faf was only four months old when Netaji moved from Germany to Southeast Asia to fight the British.

In an interview during India Today, when Anita was asked whether she believed that her father had died in a plane crash on 18 August 1945 near Taihoku Aerodrome in Taipei?
To this, she says, 'I believe that there is a high possibility that the cause of her death is a plane crash' but she wants to get a DNA test of the ashes kept in a urn in a Buddhist temple in Tokyo to find out if it is.  Netaji or not.

79-year-old Anita Bose said she is ready for a DNA test of Netaji's remains preserved in a temple in Tokyo.  He said the temple priests and the Japanese government also had no objection to the trial. They are ready to hand over the remains.

Appeal to the people

In her statement, Anita appealed to the people of India, Pakistan and Bangladesh and said that nothing was more important in Netaji's life than the freedom of his country.  Now the time has come that at least their remains can be returned to the soil of India.

President Vladimir Putin Made A Big Announcement Amid The...