NIA team raided PFI's office in Pune, Maharashtra.  After this, hundreds of PFI supporters gathered there and started protesting at the collector's office. Slogans of Pakistan Jindabad were raised in this demonstration. 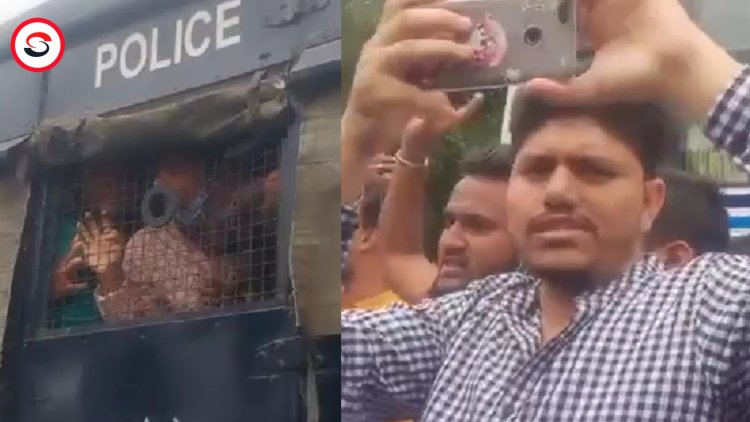 After the recent raids on Popular Front of India (PFI) bases in many states, there have been many revelations, after NIA raids have claimed that PFI youths are involved in terrorist organizations Lashkar, ISIS and Al-Qaeda.  For this, PFI targets Muslim youth across the country, after which they are brainwashed and trained to become terrorists.
According to the information, the NIA disclosed this before a special court in Kerala, the NIA accused the members and cadres of PFI of disrupting peace and creating discontent against India.  The NIA has sought the remand of the arrested accused from the court, claiming that PFI leaders, members and activists were involved in radicalizing Muslim youth and recruiting them into banned terrorist organizations like Islamic State (ISIS).

NIA's Kochi branch is investigating this matter, NIA has demanded judicial remand of accused Karmana Ashraf Maulvi, national in-charge of PFI's education wing and others before the special court of Kochi, in its report, NIA said that the accused had committed religious  Conspiracy to engage in unlawful activities creating enmity, the agency said the organization is allegedly creating dissent against India and promoting an alternative justice delivery system.  Conspired to establish Islamic rule in India by carrying out the acts.

It is noteworthy that the team of various agencies led by the National Investigation Agency (NIA) conducted raids against the PFI in 15 states simultaneously.  The raid was conducted on Thursday against the PFI, in which 106 leaders and workers were arrested while taking action.  The PFI is accused of promoting extremism and supporting terrorist activities in the country.  According to the agency, 20-20 members of PFI have been arrested in Maharashtra and Karnataka.  At the same time, 10 PFI members have been arrested in Tamil Nadu, six in Assam, eight in Uttar Pradesh, five in Andhra Pradesh, four in Madhya Pradesh, three each in Puducherry and Delhi and two in Rajasthan.

NIA team raided PFI's office in Pune, Maharashtra.  After this, hundreds of PFI supporters gathered there and started protesting at the collector's office. Slogans of Pakistan Jindabad were raised in this demonstration.

Big information is coming out after the raids by the investigating agencies on Popular Front of India, four members of PFI arrested from Meerut in UP have made a big disclosure in the interrogation, these people are Gajwa-e by implementing Sharia law in India by 2047.  The four accused, who were working on the Hind mission, had taken weapons training at the PFI's training camp in Manjiri, Kerala.

Amit Shah will address 'Jana Bhavna Mahasabha' on a two...

PM Modi will address the topic of women empowerment at ...