President Draupadi Murmu has arrived in London to attend the funeral of Queen Elizabeth II, who will pay tribute on behalf of India. President Murmu is on an official visit to London until 19 September, during which she will attend the Queen's funeral. 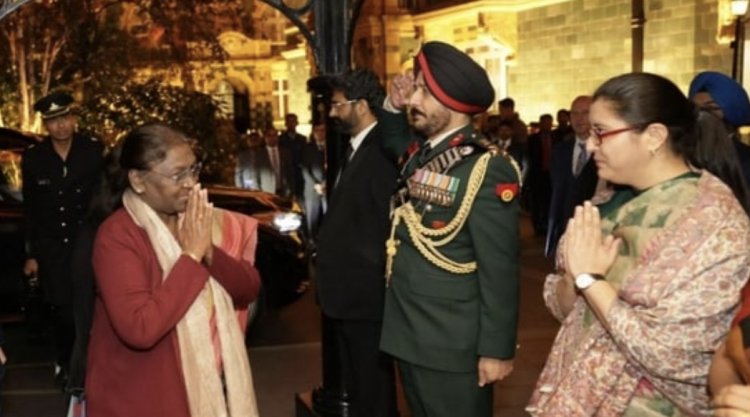 Britain's longest-reigning Queen Elizabeth II died on 8 September, whose funeral will take place on 19 September at Westminster Abbey in London. President Draupadi Murmu has reached London to pay tribute to him and attend the funeral on behalf of India. President Draupadi Murmu is on a three-day official visit to the UK from September 17 to 19. President Murmu has also been invited by King Charles III to a reception for world leaders at Buckingham Palace, which she will also attend.

Earlier, the official Twitter handle of Rashtrapati Bhavan tweeted that "President Draupadi Murmu has left for London to attend the state funeral of Queen Elizabeth II and offer condolences on behalf of the Government of India.

Earlier, the Ministry of External Affairs, while giving information about President Draupadi Murmu's participation from India's side at the funeral of Queen Elizabeth II, said that during the 70 years of Queen Elizabeth II's reign, relations between India and Britain "developed a lot, flourished- swelled and strengthened". As head of the Commonwealth, Queen Elizabeth II played an important role in the welfare of millions of people around the world.

mRNA vaccine of COVID-19 increases risk of death from cardiovascular...

Queen Elizabeth II on final journey, celebrities from around...