Rafael Nadal pays breathtaking tribute to Roger Federer: ’An Important Part Of Me Is Leaving Too'

Roger Federer's long-time rival Rafael Nadal paid tribute to him on Thursday with a touching tribute. 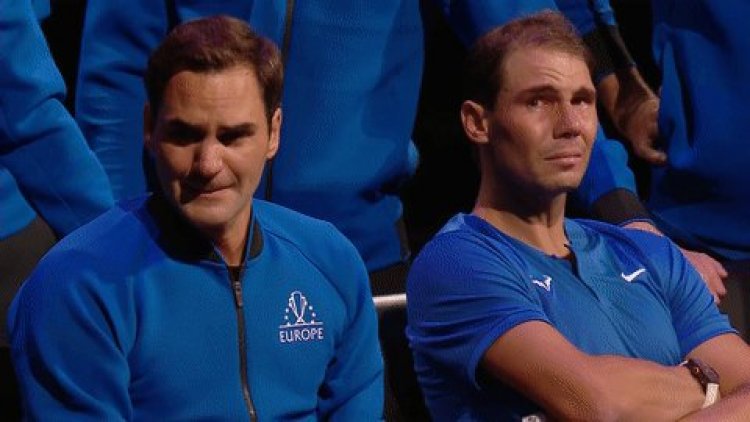 After Roger Federer's final match on the tour, Rafael Nadal said that 'an important part of me'. The Swiss maestro and King Of Clay have fought some great matches over the years. They teamed up to celebrate Federer’s legacy.

Federer's 41-year-old legacy is far more than the record. Nadal's emotional tribute during his press conference is a clear indicator of that fact. It is also a testament to the popularity Federer has enjoyed over the years.

While speaking in his post-match press conference following Roger Federer's farewell match, Rafael Nadal said, "For me, it has been a huge honour to be a part of this amazing moment of the history of our sport, and at the same time a lot of years sharing a lot of things together. When Roger leaves the tour, an important part of my life is leaving too because of all the moments that he has been next to or in front of me. Everyone's been emotional, see the family, see all the people. Yeah, difficult to describe. But, yeah, amazing moment."

This was not the first time Nadal had spoken kind words to Federer. As the Swiss maestro announced his decision to retire, the Spaniard also took to social media to express his grief.

Taking to Twitter, he wrote, "Dear Roger, my friend and rival. I wish this day would have never come. It’s a sad day for me personally and for sports around the world. It’s been a pleasure but also an honour and privilege to share all these years with you, living so many amazing moments on and off the court.

We will have many more moments to share together in the future, there are still lots of things to do together, we know that. For now, I truly wish you all the happiness with your wife, Mirka, your kids, and your family and enjoy what’s ahead of you."

Neha Kakkar was shocked to be trolled, shared the post and said- 'I am a superhi...

Ellen Border said – Pat Cummins will have a tough tes...

Big blow to Mohammed Shami, wife Hasin Jahan will have ...

For the poor performance of Team India, this veteran ra...