Telangana News: Senior Telangana leader Dasoju Sravan, who left the Congress and joined the BJP about three months ago, today resigned from the BJP. Along with his resignation, he alleged that the BJP was distributing money, meat and liquor among the voters to win the Munugode assembly by-election. 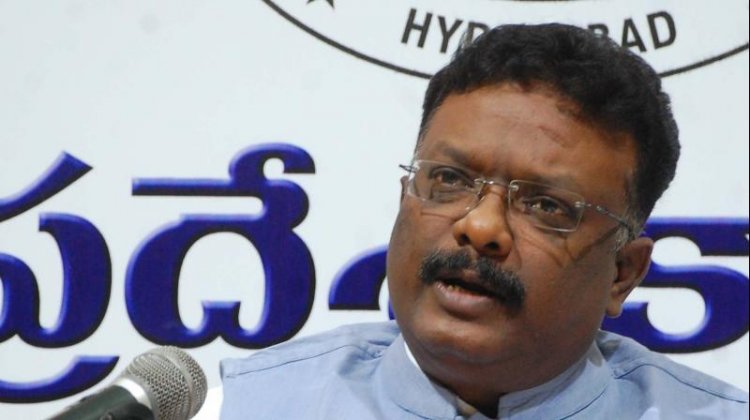 The Bharatiya Janata Party has suffered a major setback ahead of the by-election to the Munugode assembly seat of Telangana. Senior leader Dasoju Sravan, who recently left the Congress and joined the party, has resigned from the BJP. While resigning, Dasoju Sravan also made sensational allegations against the party. He said that BJP is distributing money, meat and liquor among the voters to win the Munugode by-election.

In a letter to BJP's Telangana unit president Bandi Sanjay Kumar, Sravan conveyed his decision to resign from the primary membership of the party. He alleged that the BJP was distributing money, meat and liquor among voters in the Munugode assembly constituency, where the by-poll is to be held on November 3. Shravan wrote that he had joined the BJP with a lot of hope, but was disappointed with the party's directionless politics.

It is known that Dasoju Sravan had recently joined the BJP by resigning from Congress. Less than three months ago, he left Congress and joined the BJP. Former Congress national spokesperson Sravan is now likely to join the Telangana Rashtra Samithi (TRS).

Dasoju Sravan alleged that the BJP is distributing money, encouraging contractors and doing investment politics, ignoring its social responsibilities. He said that in such a situation there is no place in the party for leaders like me and those who come from weaker sections of society.

On August 5, Sravan resigned from the Congress party. Telangana Pradesh Congress Committee (TPCC) president A. Accused the party led by Revanth Reddy of disorder, he had said that he was not ready to live like a slave in the organization. Recalling his decision to join the Congress party in 2014, he said that he had joined the party to express his gratitude to Sonia Gandhi for the creation of Telangana state. Later he also became the national spokesperson in Congress.

Firing outside EC office in Pakistan, tense atmosphere after cancellation of Imr...

It was off during the shoot! This Pakistani top actress Iman Ali is battling thi...

INLD rally on the birth anniversary of Chaudhary Devi L...