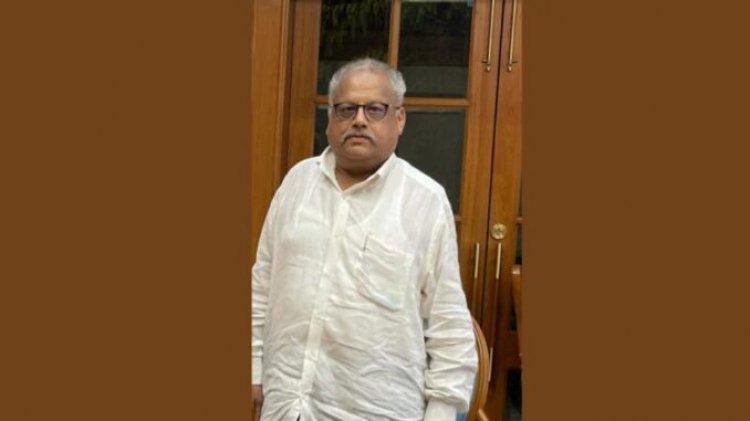 Indian billionaire businessman, stock market trader and investor Rakesh Jhunjhunwala has passed away today at the age of 62. Rakesh Jhunjhunwala was born on 5 July 1960 and grew up in a Rajasthani family in Bombay. He graduated from Sydenham College and then joined the Institute of Chartered Accountants of India. According to media reports, his estimated net worth as of July 2022 was $5.5 billion, making him the 36th richest person in India.

Rakesh Jhunjhunwala was a business, stock market trader, investor as well as a chartered accountant. He was the Chairman of Hungama Media and Aptech as well as the Director of Viceroy Hotels, Concorde Biotech, Provogue India and Geojit Financial Services.

Rakesh Jhunjhunwala was also known as the "Big Bull of India" and "King of Bull Market". His portfolio was followed from small investors to big investors.

Expressing grief over the death of Rakesh Jhunjhunwala, Prime Minister Narendra Modi tweeted that Rakesh Jhunjhunwala was indomitable. Full of life, witty and insightful, he has left behind an indelible contribution to the financial world. He was also very passionate about the progress of India, his passing is sad. My condolences to his family and fans.

Now roam without a mask in Delhi, police will not take...