A video of three men beating two women and a young man with a shovel is going viral on social media Twitter.  It is being told that this fight has been done in a land dispute 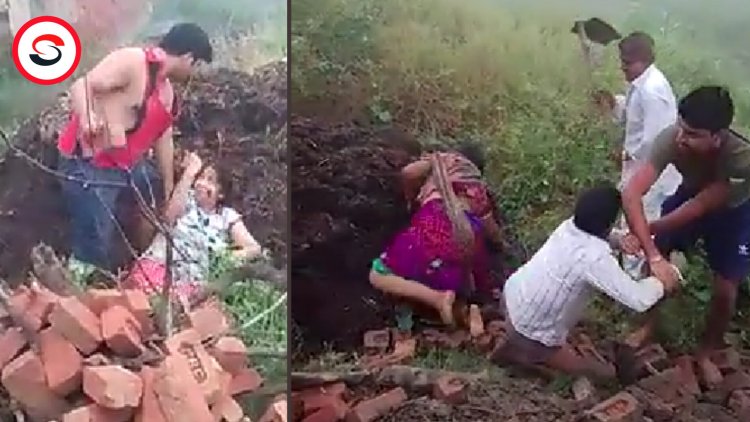 File Photo: Shovels and bricks on women in land dispute

Baghpat (Uttar Pradesh) |  A video of three men beating two women and a young man with a shovel is going viral on social media Twitter.  It is being told that this fight has been done in a land dispute. Police has taken cognizance of the matter. The viral video is from Abdullapur village of Thana Khekra.

Regarding the viral video, a press note was issued by the police station Khekra, saying that in Abdulpur, there was a fight between cousins ​​Rajendra son Raghuvar Dayal and Satish son Prabhudayal over land. On information, the injured have been admitted to the hospital immediately by the police and two accused Rajendra and Abhishek have been arrested.
In a mutual dispute, due to the marking of the field, bricks and shovel were attacked in which Sunil, Satish and two women of the other side were injured. Medical examination of the injured is being done and further action is being taken after investigation.