Shubman Gill will open with Rohit Sharma in World Cup 2023, know who said

Shubman Gill: Shubman Gill's brilliant double century has put an end to the debate as to who will open the innings with skipper Rohit Sharma in ODIs. Aakash Chopra said that many former India cricketers have praised the opener. He will open with Rohit Sharma in the World Cup 2023. 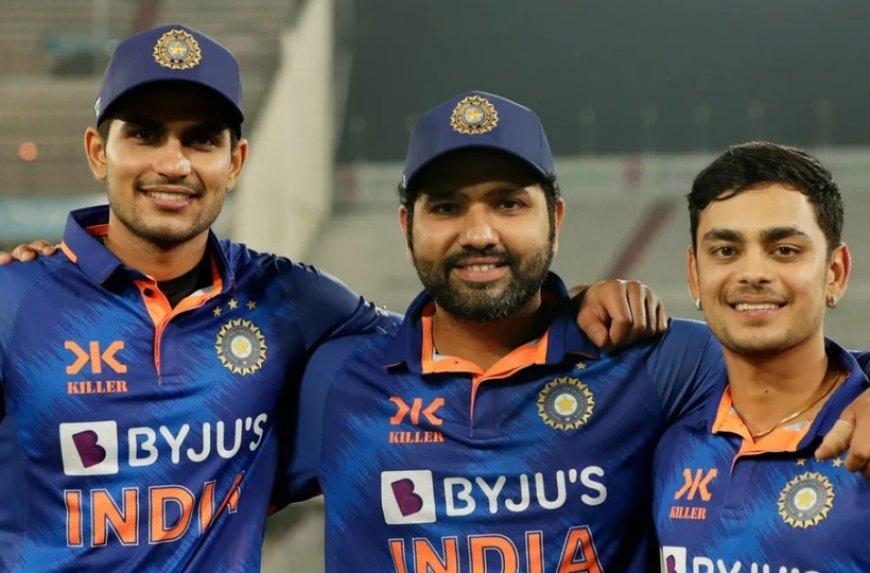 Shubman Gill's brilliant double century against New Zealand has put an end to the debate as to who will open the innings with skipper Rohit Sharma in ODIs. Aakash Chopra said that many former India cricketers praised the opener. Gill on Wednesday became the youngest player to score a double century in ODIs in the first match of the three-match series against New Zealand at the Rajiv Gandhi International Stadium. Gill, the fifth Indian player to score a double century in ODIs, dominated the hosts' innings. Be it in power-play or death overs, he hit fours against fast bowlers and spinners.

Aakash Chopra said that it was Gill's breakthrough as an opener over the double hundred that impressed many as India looked for a partner for Rohit Sharma. Chopra said Gill's knock in the first ODI settled the debate over the opening slot in ODIs in a year in which India will host the 50-over World Cup in October-November.

Chopra, while reviewing the match in a video on his YouTube channel, said that Gill has ended the debate on who should open. There was some discussion after Ishaan Kishan's double century and before that, there was some talk about Shikhar Dhawan as well. Sometimes it was also felt whether KL Rahul is batting right or not, but now it is quite clear that Shubman Gill should open.

Chopra said he was brought in to play ODI cricket at the top. India has scored two double-hundreds in the last one and a half to two months. Ishan Kishan scored a double-century against Bangladesh and here is Shubman Gill against New Zealand. He has batted brilliantly.

'I have no friends, people are forcing me to be a criminal'- Urfi Javed

Rohit Sharma created history even after losing, made a ...

Former Australian Player Brad Hayden Will Be The Assist...