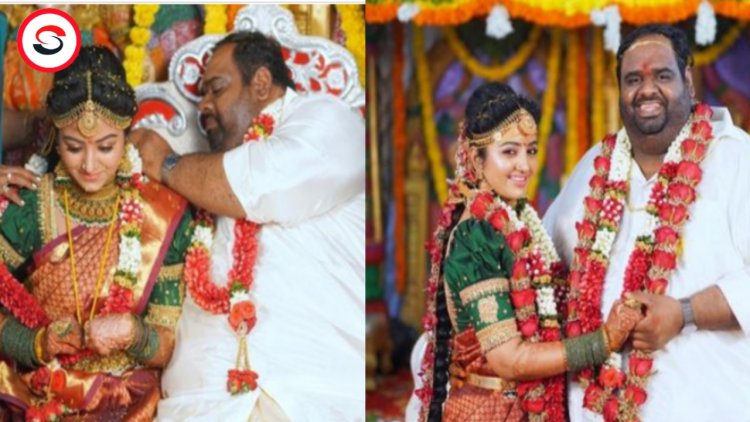 South's well-known actress Mahalakshmi has married filmmaker Ravindra Chandrasekhar, Mahalaxmi has shared her wedding photos on her social media account Instagram. Wedding pictures are going viral on social media. Both took seven rounds in the presence of family members and close friends. This is the second marriage of the actress, she also has a son from the first marriage, both of them did not get along with each other, after which both of them separated and the actress has now married for the second time. Wedding pictures have gone viral on social media and people are giving funny and loving reactions to these pictures.  Some people have congratulated the couple, while many people are not convinced that the actress has suddenly got married.
According to media reports, the two met during 'Vidiyum Varai Kathiru'. From here the closeness of both of them increased. Sharing the wedding photos, Mahalakshmi wrote on Instagram, 'I consider myself lucky to have you in my life.  You filled my life with your love.  Love you Ammu.'

When Lalita Pawar's Face Was Ruined By A Slap By The Actor,...