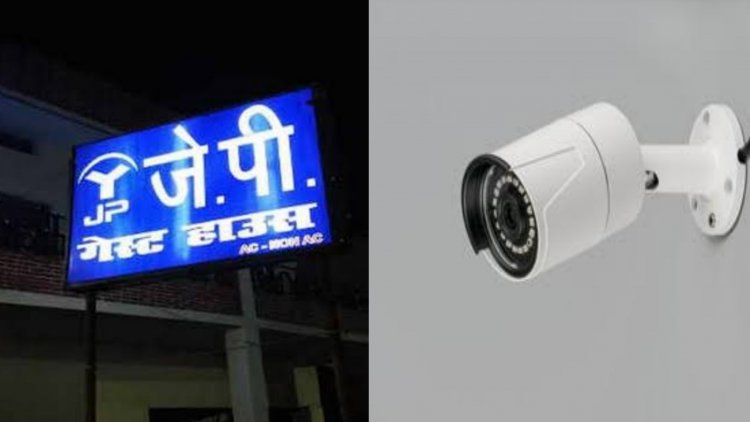 Varanasi News : A ruckus broke out after a CCTV camera was installed in the room of the girl students at a guest house in Varanasi. A group of girls had come and stayed in the guest house. When the girl students complained to the police about the presence of a camera in the room, the police investigated and found that the camera was on and the video of the girls changing their clothes had been captured. The police have taken the DBR of CCTV in possession. Investigation is going on by taking two people, including the guest house manager, into custody. The girls had come to visit Kashi from Kolkata with a group. The matter is of Jaypee Guest House located in Cantt area of ​​Thana Sigra, Pradeep Kumar's Jaypee Guest House in Parade Kothi in front of Cantt Railway Station in Varanasi. The guest house is supervised by the manager Rajesh Kumar. Everyone stayed in this guest house after booking the dormitory. During the stay, when the CCTV camera was seen in the room, the manager of the institution inquired at the reception. When the manager did not respond properly, the manager of the organization informed the police. Aditya Singh, in-charge of the roadways outpost of Sigra police station, reached the guest house. The DVR of the CCTV camera was taken out and taken to the police station. Two people have been detained after registering a case after the complaint was found to be true in the investigation.

PM Modi will inaugurate many projects before the assembly elections, on the firs...

Delhi CM Arvind Kejriwal laughed at BJP and said if I a...