The fans of Samantha Ruth Prabhu are unaware that the actress is suffering from a disease. The actress herself gave this information through one of her posts recently, where her fans are commenting and wishing her a speedy recovery. 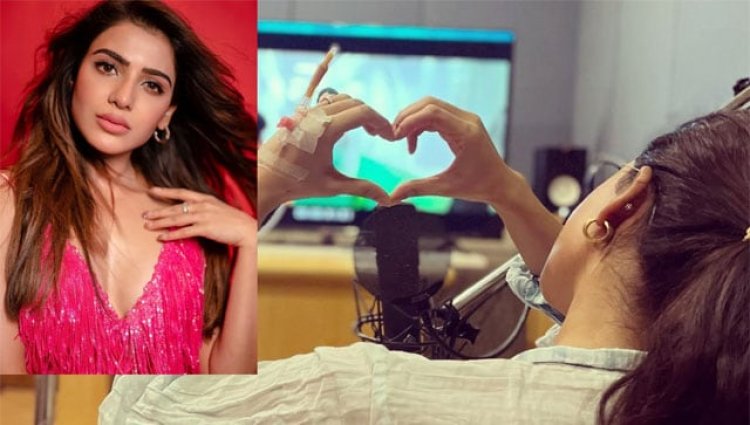 Well-known and beautiful actress Samantha Ruth Prabhu of South Industry has made a strong identity among her fans on her own. Samantha Ruth Prabhu has worked in dozens of films so far, in which her characters and performance have been well-liked. Not only this, but Samantha has also appeared in the Hindi web series 'The Family Man 2' along with Ruth South. Samantha Ruth's character in this series surprised everyone. His character got a lot of love from the audience. Apart from this, Samantha Ruth won a lot of applause for her song 'Oon Atwa Ma' in Allu Arjun's film 'Pushpa'.

Samantha Ruth is also going to be seen in the film 'Yashoda' soon, but in the meantime, she has shared such information related to her health with her fans, which can break their hearts of the fans. Actually, Samantha Ruth is suffering from Myositis Disease. Yes, in this disease there is inflammation in the muscles and other organs can also be damaged.

Along with this, there is weakness and pain in the muscles due to this disease. Due to this, a person falls a lot while walking. There is a lot of tiredness in this disease. In addition, this disease also has a great effect on the immune system. The actress has also shared a photo on Instagram, in which she is seen in the hospital with a drip in her hand.

Along with this photo, the actress has also shared a very emotional post, in which she writes that 'A few months ago I was diagnosed with an autoimmune disease called myositis. I was hoping to share info on this once I get rid of it, but it's taking a little longer than I expected. Your reaction to Yashoda's trailer was overwhelming. It is the love and connection that I share with all of you'.

Apart from this, the actress further writes that 'And that gives me the strength to deal with the endless challenges in life'. Samantha further writes 'There have been good and bad days in my life. Physically and emotionally and even when it feels like I can't go through another day, somehow those moments also pass. I guess it can only mean that I am one day closer to recovery. This time too shall pass'.

Opposition flares up on BJP over Uniform Civil Code in Gujarat! Know what Congre...

OPD Registration Will Be Done Soon Under Ayushman Bhara...

What Are The Reasons Behind Sudden Heart Attack In Yout...