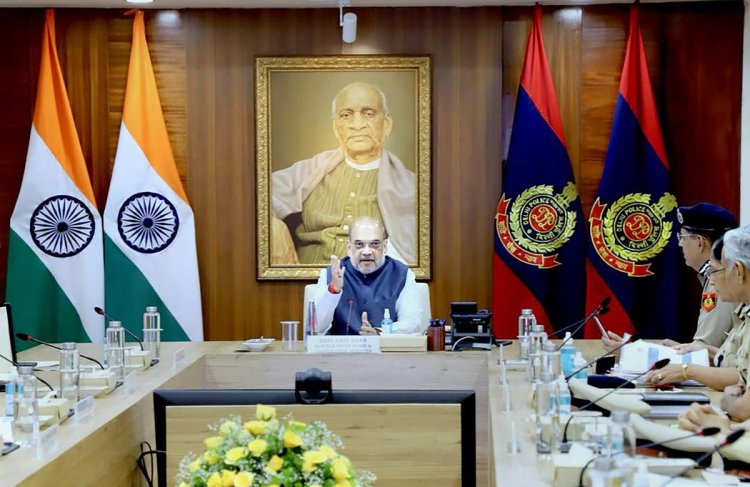 Union Home Minister Amit Shah held an important meeting with Delhi Police officers today. During this, Shah directed the Delhi Police to make forensic investigation mandatory in all offences punishable with more than six years. Shah gave instructions in this regard during his visit to the Delhi Police Headquarters, following which extensive meetings were held with officials on various subjects.

In the meeting, the Home Minister directed that forensic investigation should be made mandatory in all crimes, which would also include criminals sentenced to more than 6 years in Delhi. This will increase the conviction rate and help in integrating the criminal justice system. He said that in the identified offences of serious nature, the charge sheet should be filed only after legal investigation by the police. Hours after Shah's directive on forensic science investigation, Delhi Police Commissioner Sanjay Arora gave directions and guidelines for mandatory forensic examination.

He said that in cases of criminals whose crimes are serious, the police should file charge sheets after legal investigation. Hours after Shah's direction for the forensic test, Delhi Police Commissioner Sanjay Arora issued guidelines everywhere.

Apart from this, Amit Shah said that to prevent surveillance crime, the civil administration and police have installed CCTV cameras at public places like airports, railways, stations, s stands, and markets, which should be connected to the control rooms.

He said that a strategy has been prepared to crack down on multistate criminal gangs operating in the National Capital Region and neighbouring states of Rajasthan, Uttar Pradesh, Punjab, and Haryana. Apart from this, the Union Minister talked about giving priority to the safety of women, children and senior citizens.

India Will Set Up A Joint Theater Command Of The Three ...

North India gets relief from cold wave: snowfall on mou...