Cirkus: Ranveer Singh starrer Cirkus is one of the most awaited movies. Ahead of the film's trailer release, director Rohit Shetty revealed the looks of everyone along with Pooja Hegde, Jacqueline Fernandez and the rest of the star cast. Let's know the special information related to the film. 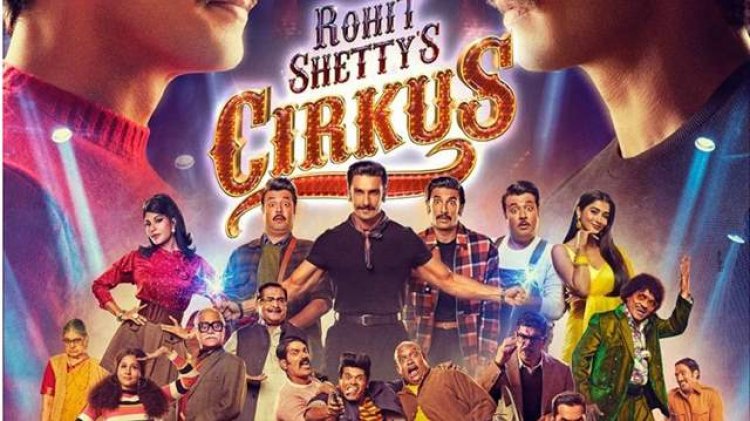 Famous director Rohit Shetty for action films surprised his fans by sharing a funny motion poster on his Instagram account. Fans are also very excited to see the poster of Ranveer Singh's starrer film Circus. The fun masala is served in the film Circus with Ranveer Singh starring Pooja Hegde and Jacqueline Fernandez. Ranveer Singh will be seen in a double role in this film. Apart from Varun Sharma, Siddharth Jadhav, Johnny Lever and Sanjay Mishra, the rest of the star cast is also very fun in this film. The filmmaker shared the motion poster in a special way as well as with a special caption. The post reads, 'Meet our circus family before the trailer releases next week!!!'. Apart from Ranveer Singh, Varun Sharma will also be seen playing a powerful and dual role in the film. Rohit Shetty's film Circus is a remake of the 1982 film Angoor.

The film depicts the story of a circus operator and his gymnast friends who are attached to a large circus company, who appear to 'juggle' with their lives and try to bring the lost circus culture back to the public. The trailer of Circus, produced by Bhushan Kumar and Krishan Kumar under the banner of T-Series Films, Reliance Entertainment and Rohit Shetty Pictures, is all set to release next week.

Now it remains to be seen whether Rohit Shetty's film Circus with so many star casts will be able to entertain the fans like a clown or not. Well, it will be decided only after the release of the film. One thing will definitely become clear from this film is that Rohit Shetty should make such films further or he should focus only on action films.

This Election Will Decide Gujarat's Destiny For Next 25 Years: PM Modi

ISRO will create history again today, Oceansat-3 and 8 nano satellites will be l...

Nargis Fakhri got angry at those who interfered in dati...

Preity Zinta got 'Koi Mil Gaya' because of Shahrukh Kha...

Kangana Ranaut opened the poll of Mahesh Bhatt by shari...