My Election Is Proof That The Poor Can Dream And Fulfill In India: President Murmu

President Droupadi Murmu said that reaching the post of President is not her achievement but an achievement of every poor of India and her election to this top constitutional post is proof that the poor in India can dream and fulfill them. Can do. 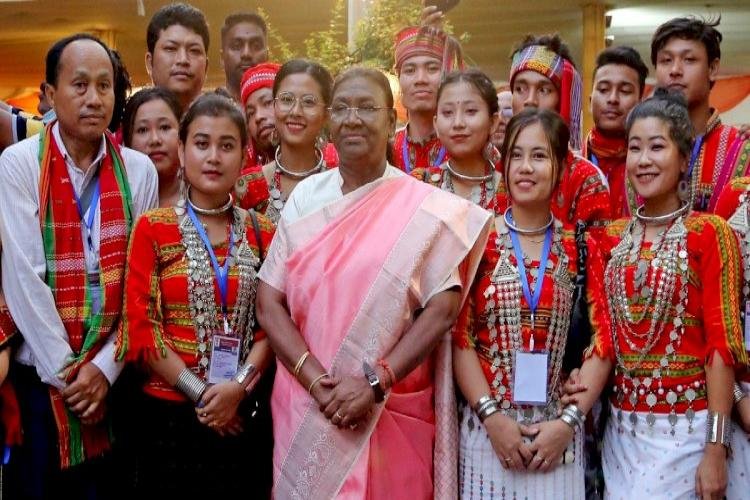 New Delhi. President Droupadi Murmu said that reaching the post of President is not her achievement but an achievement of every poor of India and her election to this top constitutional post is proof that the poor in India can dream and fulfill them. Can do. Chief Justice of India NV Raman administered the oath of office and secrecy to Murmu as the 15th President of the country. President Murmu said in his address, “I have been elected by the country as the President at a crucial time when we are celebrating the Amrit Mahotsav of our independence. A few days from today, the country will complete 75 years of its independence.

He said that it is also a coincidence that when the country was celebrating the 50th year of its independence, then his political career started and today he has got this new responsibility in the 75th year of independence. The President said, "I am also the first President of the country who was born in independent India. We have to work at a fast pace in this Amrutkaal to fulfill the expectations that our freedom fighters had made from us citizens of independent India. This is the achievement of every poor in India. My election is proof that the poor in India can dream and fulfill them.

The President said that she started her life journey in a small tribal village in Odisha and from the background she comes from, it was like a dream for her to get elementary education there. She said, “But despite many odds, my resolve remained strong and I became the first daughter of my village to go to college. I belong to the tribal society, and I have got the opportunity to become the President of India from the Ward Councilor. This is the greatness of India, the mother of democracy.” He said that it is the power of our democracy that that a daughter born in a poor house, a daughter born in a far-flung tribal area, can reach the highest constitutional post of India. . Murmu said, "It is a matter of great satisfaction for me that those who have been deprived for centuries, who have been away from the benefits of development, those poor, downtrodden, backward and tribals are seeing their reflection in me." This election includes the blessings of the poor of the country and is a reflection of the dreams and potential of crores of women and daughters of the country.

In her address, the President said that in her election to this top constitutional post, the courage of today's youth of India to walk on new paths out of the old ruts and she feels proud to lead such a progressive India. Huh. He said that from the country's first President Dr. Rajendra Prasad to Ram Nath Kovind, many personalities have adorned this post and along with this the country has also entrusted them with the responsibility of representing this great tradition. He said, "Today I assure all the countrymen, especially the youth of India and the women of India, that while working in this position, their interests will be paramount for me." Murmu said that in the light of the Constitution, he Will discharge her duties with full devotion and for her, the democratic-cultural ideal of India and all the countrymen will always be a source of energy.

The President said that there is a line from the poem of Bhim Bhoi, an eminent poet of the Jagannath region: “Mo Jeevan page market PADI that, Jagat uddha hair”. That is, work has to be done for the welfare of the world greater than the benefit and harm of one's life. She said, "With the spirit of world welfare, I will always be ready to work with full devotion and dedication to live up to the trust of all of you."

Droupadi Murmu's Personal Life Has Been Full Of Struggles, She Wanted To Take He...

Big Blow To Aaditya Thackeray! This Decision Came On The Radar Of The Modi Gover...

Asaduddin Owaisi's attack on Amit Shah said, no one alw...

G-20 Summit: PM Modi will participate in many programs ...