Lakshmi Ganesha Photo on Indian Currency: Arvind Kejriwal has made a unique demand from the central government today. They have demanded to put the photo of Lakshmi and Ganesh on the Indian currency. He has also given the reason behind his demand. Along with BJP, Congress has also attacked this demand of Kejriwal. 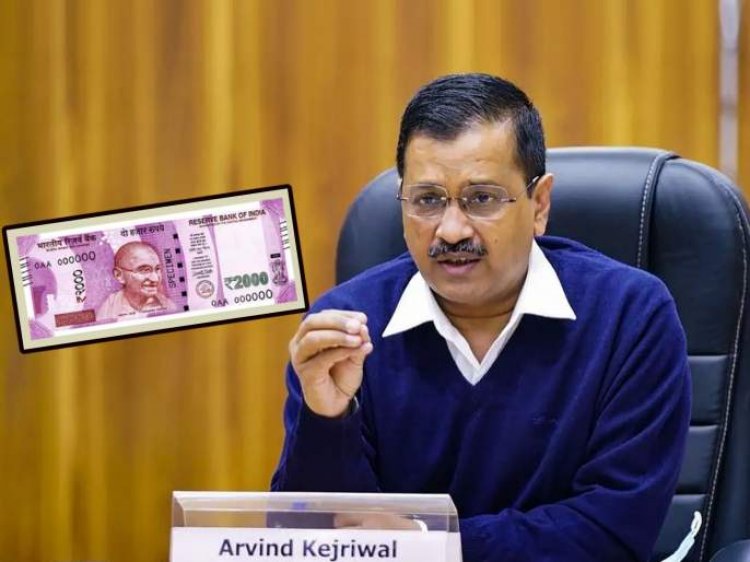 Ahead of the Gujarat elections, Aam Aadmi Party's national convener and Delhi Chief Minister Arvind Kejriwal have played a big Hindutva card. He has demanded from the central government that the Indian notes should have the photo of the Father of the Nation Mahatma Gandhi as well as Lord Ganesha and Goddess Lakshmi. Kejriwal has demanded that the picture of Sri Lakshmi-Ganesh should be printed on the reverse side of the Indian currency.

He said in a press conference that such feelings came into his mind while worshiping Lakshmi on Diwali. He wanted to convey these sentiments to the government. In such a situation, he expressed his desire by holding a press conference. Kejriwal further said that we are seeing that the economy of the country is weak. We are still developing today, we are poor. We all want India to become a rich country. We all want that all Indians should become rich families. For this, we need to make a lot of effort.

With the blessings of gods and goddesses, work becomes easy, on this issue, Arvind Kejriwal said that we have to prepare schools, hospitals, and infrastructure in large numbers. We also try, but we see that the results are not coming. For this, we are trying in many ways, but if there are blessings of the deities, then the results come.

Kejriwal said that the picture of Gandhi Ji on the currency should remain the same, but on the other hand, there should be a picture of Lakshmi Ji and Ganesh Ji so that the economy gets its blessings. Ganesh Ji is considered to be the destroyer of obstacles. With his blessings, the economy will improve. The old currency should remain as it is, but the photo of Lakshmi-Ganesh should be printed on the newly printed notes.

There has also been a reaction from BJP to Kejriwal's demand. BJP spokesperson Sambit Patra has said that Kejriwal's politics is taking a U-turn. This is the same person who refused to go to the Ram temple in Ayodhya. On the other hand, Congress leader Sandeep Dikshit said on Kejriwal's demand that he is the B team of BJP and RSS. This is their vote politics. Sandeep Dixit further said that if Kejriwal goes to Pakistan, he will ask for votes by calling himself Pakistani.

Mallikarjun Kharge was crowned in the presence of Sonia-Rahul, took over as the ...

Delhi AIIMS will go paperless from January 1, patients will be able to easily ge...

Condition of Vande Bharat Express only six days after i...