President Draupadi Murmu addressed on the eve of 74th Republic Day, remembered the makers of the Constitution

President Draupadi Murmu addressed the nation on the eve of the 74th Republic Day, in which he greeted the founding fathers of the Constitution. Along with this, he also told the essence of India. 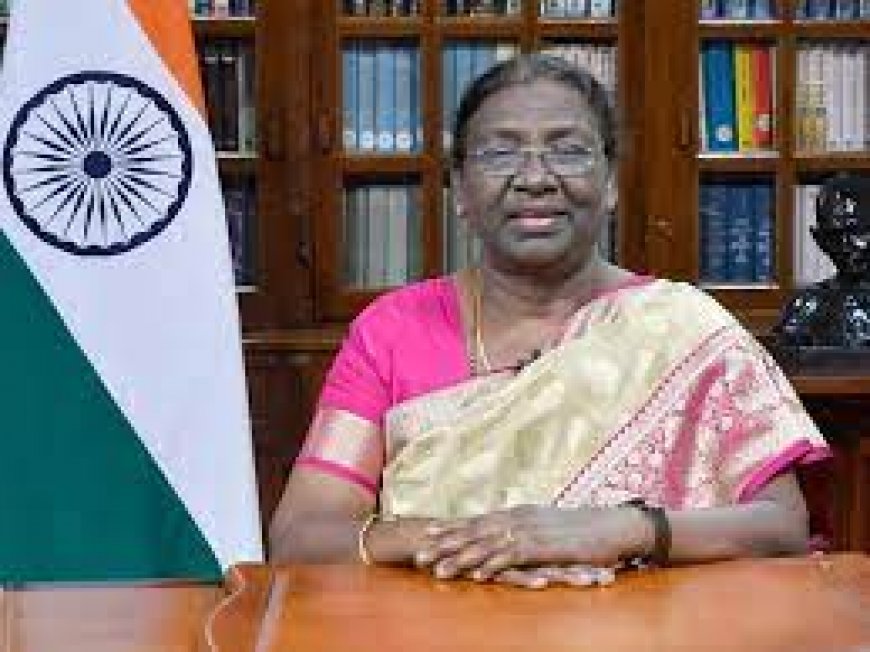 Maintaining the tradition, President Draupadi Murmu addressed the nation on Wednesday the eve of the 74th Republic Day. At the beginning of his address, the President said, "On the eve of the Seventy-fourth Republic Day, I extend my heartiest greetings to all of you in India, living in India and abroad. When we celebrate Republic Day, as a nation, we celebrate what we have achieved together. We are all one, and we are all Indians. So many creeds and so many languages have not divided us but united us. That is why we are a democratic country. Succeeded as a republic. This is the essence of India."

With this, the President said that "India has progressed from a poor and illiterate nation to a confident nation on the world stage. This progress would not have been possible without the guidance of the collective wisdom of the framers of the Constitution." Last year, India became the fifth-largest economy in the world. This achievement has been achieved in a global backdrop of economic uncertainty. With able leadership and an effective fighting spirit, we came out of the recession early and started our growth journey. restarted."

President Draupadi Murmu said that “Women empowerment and equality between women and men are no longer mere slogans. I have no doubt in my mind that women will make the maximum contribution to shaping the India of tomorrow. It is this vision that guides the working of the Government for the weaker sections of the people, including the Scheduled Castes and the Scheduled Tribes. In fact, we aim not only to remove obstacles in the lives of those people and help them in their development but also to There is also learning from communities. People from tribal communities can teach in many areas, from protecting the environment to making society more cohesive."

PM Modi gave the mantra of success to NCC-NSS cadets, said – the responsibilit...

Gautam Adani reveals how he survived the 26/11 Mumbai t...

NIA raids in 10 states over terror funding, more than 1...

Mulayam Singh Yadav will be cremated in Saifai today, t...

BJP on number one in the results so far, know the condi...