Question on fairness in Congress President's election, these 5 MPs including Tharoor wrote a letter

Congress party MPs have demanded that the list of nominees be made public. These MPs have expressed concern about the transparency and fairness of the election of the Speaker's post. 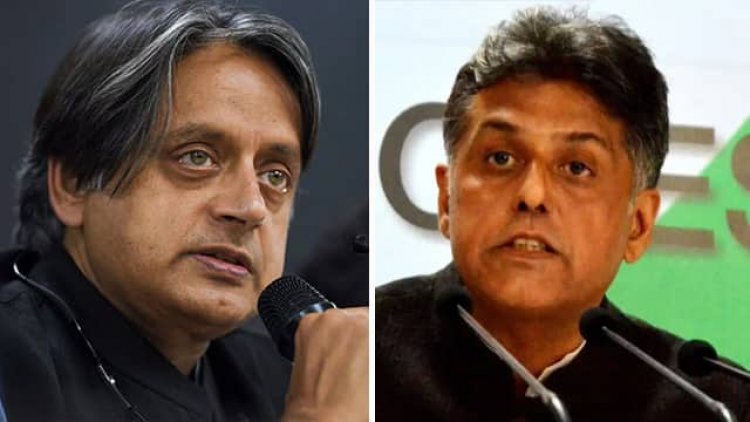 Elections are to be held for the post of Congress President next month, but even before that party's MPs have raised questions about its process. These MPs have also written a letter to Central Election Authority (CEA) chief Madhusudan Mistry in this regard. In this letter, concerns have been raised about transparency and fairness in the election of the President. This letter has come to the fore at a time when Rahul Gandhi is on an ambitious India couples tour.

Party MPs Shashi Tharoor, Manish Tewari, Karti Chidambaram, Pradyut Bardoloi and Abdul Khaliq have written this letter. In this, these MPs have urged Madhusudan Mistry to publish the list of voters for the post of Congress President.

These MPs wrote in this letter, "As Members of Parliament of the Indian National Congress, all five of us are concerned about the transparency and fairness of the election process for the President of our party."

Madhusudan Mistry had earlier refused to make public the list of nominees for the post of president, saying it was an internal issue of the party.

On Madhusudan Mistry's contention, these MPs wrote in the letter, "We are of the view that before the nomination process begins, the Central Election Authority (CEA) of the party should provide a list of representatives of the Pradesh Congress Committee (PCC) who are elected to the electoral college." These lists should be made available to verify who is entitled to nominate candidates and who is entitled to vote."

In this letter, the lawmakers wrote that 'if the CEA has any concerns about making this list public, it should create a mechanism to share this information with all voters and potential candidates. In the election of the President's post, voters, candidates cannot go to all 28 Congress State President (PCC), 9 Union Territories and verify the electoral roll (meaning who will vote).'

Sonal Goyal IAS was seen playing with her daughter, shared the video on social m...