There Is A 'second Earth' In Our Solar System, Scientists Found Evidence Near The Planet Saturn.

Titan has rivers , lakes and seas filled with rain coming from the dense atmosphere . However, unlike Earth, these lakes are filled with different materials. 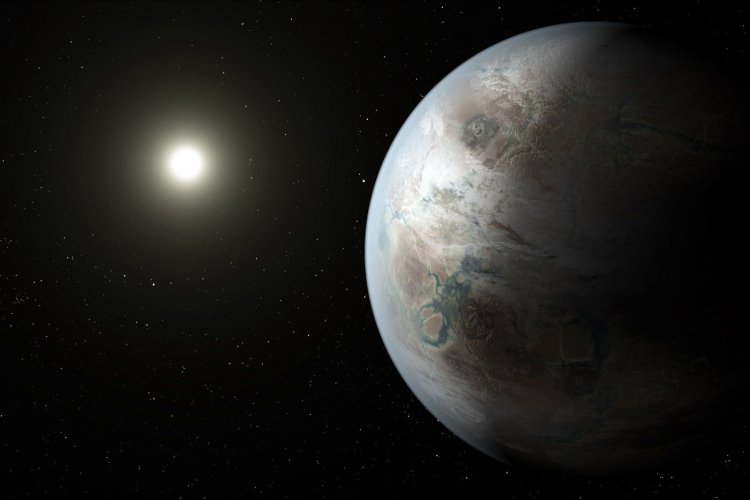 Titan is the largest moon in its system of Saturn. Titan has rivers , lakes and seas filled with rain coming from the dense atmosphere . However , unlike Earth , these lakes are filled with different materials . A new research reveals the landscape on the surface of this moon.


Do you know that Saturn has 82 moons. This complete Saturnian system is a mini solar system in itself. The most interesting of these 82 moons is Titan, which looks like Earth. A new research reveals the landscape on the surface of this moon. Titan is the largest moon in Saturn's own system. Titan has rivers , lakes and seas filled with rain coming from the dense atmosphere . However, unlike Earth, these lakes are filled with different materials.


Flowing streams of liquid methane make up Titan's icy surface. Hydrocarbon sand dunes are formed by nitrogen winds . The team of Stanford University geologist Mathieu Lapotre has revealed how Titan's different dunes, plains and rough terrain may have been formed.

The research, published in the Journal Geophysical Research Letters, shows how the weather cycle drives the movement of grains on the Moon's surface.

How do mounds form on Titan?

The mounds on Earth are made up of silicate rocks and minerals. Which over time turn into grains of sediment. These are deposited by the wind in the layers of sediments , which are then converted into rocks by pressure , groundwater and heat . Researchers say that on Titan , dunes , plains and rough terrain have been formed by a similar process . But , quite the opposite of Earth , Mars and Venus .

Titan's sediments are believed to be made up of solid organic compounds. Scientists have long tried to understand how its basic organic compounds can be transformed into granules that form different structures .


The answer is found on Earth


The team of researchers analyzed the sediments on Earth.These sediments are called oids. These are small, circular grains often found in shallow tropical seas, such as around the Bahamas. These sediments form when calcium carbonate is pulled from the water column and which form a layer around the grains, such as quartz.

The team combined data from Titan's climate and the direction of wind-driven sediments with their model and concluded that there are landscapes on Titan's surface. Atmospheric modeling and data from the Cassini mission show that winds are common near the equator.

Mathieu Lapotre says that we are showing that Titan has an active sedimentary cycle like Earth , which can tell about the latitudinal distribution of the landscape . It is very interesting to think that there is another world so far away , where things are as different as they are alike .

When Lalita Pawar's Face Was Ruined By A Slap By The Actor, The Actress's Career...

How WhatsApp raised its game in 2022 to ensure increase...