Anti Dust campaign starts in Delhi, construction sites breaking rules will be fined up to 5 lakh

Anti Dust Campaign in Delhi: The level of pollution in the capital Delhi increases significantly during the winter season. In neighbouring states like Punjab-Haryana, stubble burning and fireworks during Diwali worsens the AQI of Delhi. In such a situation, keeping pollution under control is a challenging task. In such a situation, the government has launched an anti-dust campaign from now on. 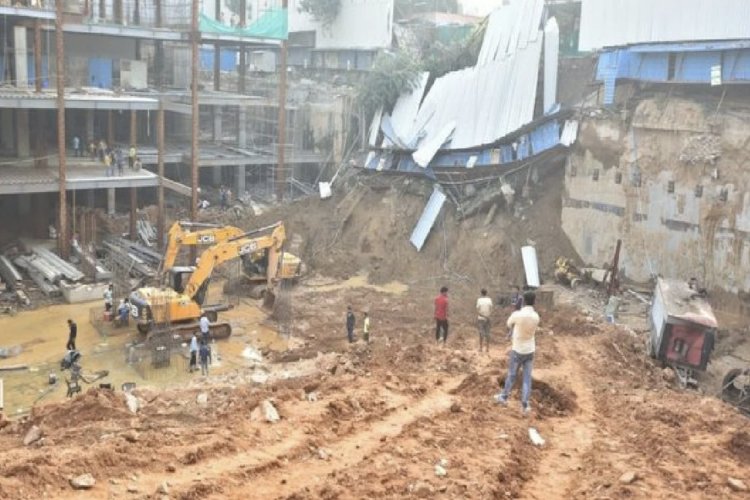 Anti Dust Campaign in Delhi: Keeping Delhi's pollution under control during the winter is a challenging task. In such a situation, the government has launched an anti-dust campaign from now on. It has become necessary to implement 14 anti-dust rules related to construction at construction sites in Delhi. According to the guidelines of the NGT, for violation of these rules on construction sites, a fine ranging from 10 thousand to 5 lakh rupees will be imposed. Under the Anti Dust Campaign, 586 teams have been formed in Delhi. 33 teams of DPCC are involved.

Delhi Environment Minister Gopal Rai said that the Winter Action Plan has been announced to reduce Delhi's pollution during the winter season. On the basis of this, the concerned departments have started work to implement it on the ground. A green war room has also been launched for this, from where it will be monitored.

The Environment Minister said that any site will not follow the rules of dust control. Action will be taken against him as per law. According to the NGT guidelines, a fine of 10 thousand to 5 lakh will be imposed for violation of the rule on the construction sites. In case of repeated contravention, a fine of up to Rs. If there is more violation then the construction site will be closed.

Mallikarjun Kharge was crowned in the presence of Sonia...

I trust 'my friend' PM Modi to build a peaceful, sustai...