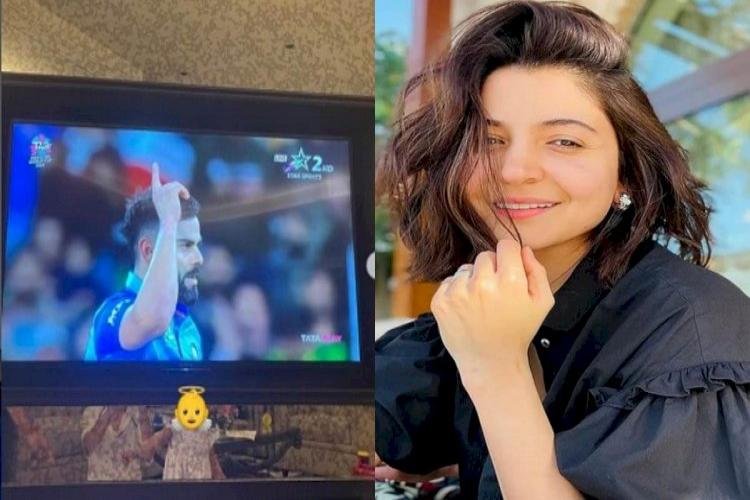 In fact, Virat Kohli played a bang in the India vs Pakistan match of the T20 World Cup on Sunday. Together with Hardik Pandya, he has defeated Pakistan. He did this in Melbourne, Australia.

While congratulating Virat Kohli, Anushka Sharma wrote, 'You are beautiful, very beautiful, you made everyone happy today, that too on the eve of Diwali. You are wonderful, very wonderful. my love. Your faith and determination are amazing.' With this, he has shared many pictures. In this, Virat Kohli is seen excited by the victory. At the same time, his daughter is also watching TV. In the other photo, the team can also be seen swinging happily.

Anushka Sharma also said, 'I have seen the best match of my life. Our daughter is too young to understand this but she could see that her mother was dancing and screaming here and there in the house. One day she will watch this match, then she will understand. Anushka and Virat Kohli used to date each other before marriage. After the match ended, Virat also expressed his gratitude to his fans.

Raju Swami is an emerging young singer of Rajasthan folk...