India and Pakistan have suffered a major setback in the Asia Cup 2022. Both the teams have been fined big by the ICC for slow over-rate. Both made the same mistake and both the captains accepted their mistake in the end. 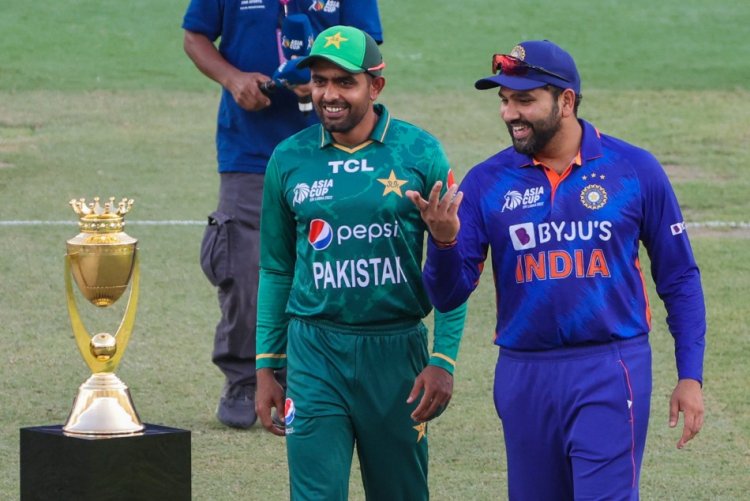 In the Asia Cup 2022, there was tremendous competition between India and Pakistan on Sunday. India defeated Pakistan by five wickets in a thrilling match. In this match both the teams made a big mistake. The loss of this mistake was very much for Pakistan in the end. Now the ICC has also imposed a big fine on both teams. Actually both the teams did not bowl 20 overs according to the time. The over rate of both was very slow. Now taking a big step, the ICC has fined both teams 40 percent of the match fee. Both the teams bowled two overs less than the stipulated time. Because of this, the ICC has given this big punishment.

In fact, according to the rule, if a team is unable to bowl 20 overs within its stipulated time, then there is a provision to deduct 20 percent of the match fee of the player for every over. Both the teams bowled two overs less in the stipulated time. For this reason, 40 percent of the match fees of players have been deducted. After the match, both the captains accepted their mistake.

According to the rules, due to the slow over rate, an extra fielder has to be kept inside the 30-yard circle in the last few overs. The same was seen in the match between India and Pakistan. Team India did this wrong and there was a loss in the last three overs. When Pakistan made a mistake, Hardik Pandya took advantage of it in the last three overs and won.

This match between India and Pakistan was very exciting. Pakistan batted first and could not make a big score. Indian bowlers showed their mettle. After this, however, the Indian batsmen also stumbled. Ravindra Jadeja and Hardik Pandya played good innings to give the team victory in the end.

Momin 'O brother kill me..' ready to play against India...