Who goes to his house every night, does not take your name among the four people, why have a relationship with him? When did Jaya Bachchan say this to Rekha? 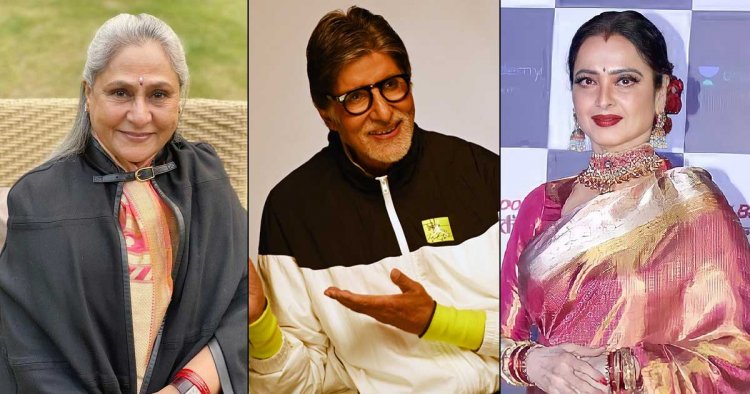 The love story of Rekha and Amitabh Bachchan comes at the top of Bollywood's most popular love affair. Even though in today's time both do not even face each other. While Rekha has spent her whole life alone, Amitabh is also having a good time with Jaya Bachchan and his family, but there was a time when both of their heart beats for each other on the big screen in real life. But it is said that an accident spoiled the relationship between Amitabh Bachchan and Rekha forever.

This was the time when a major accident happened to him during the film 'Coolie', after which Amitabh was fighting for life and death in the hospital. During this difficult time, Amitabh and Jaya kept coming close to each other and Rekha kept getting lost in loneliness. If reports are to be believed, Rekha had organized the premiere of her film Umrao Jaan when Amitabh was in the hospital. He himself had sent invitation letters to everyone, but no one reached there.

Everyone believed that Amitabh's condition was very critical at that time and in such a situation, this party did not make any sense. Talking about this, Rekha once said that 'It seems that I was being blamed for everything'. Rekha had said in her interview that 'especially at a time when people should have sympathized with me. There was no worse time for me than this '. Apart from this, Jaya Bachchan also gave a big statement in an interview at the same time. He had made it clear that all is well in his married life.

Jaya had said that 'Oh yes, I have been hearing this talk regularly about how every 'other woman' is in love with a married man. I can't pretend to understand it. I was never forced to fall in love with anyone. I cannot do this in my life or in the life of any of my loved ones. I think every honest person would do the same. After all, how can you accept a man who goes to his house every night? How can you bring yourself down so low, when you can't openly tell his name in front of four people and four people can't be accepted in the middle, then why are you in such a relationship?'.

Ranveer Singh on Alia-Ranbir's wedding: 'He saved a lot of money on food'

Mira Rajput does not like to be called Star Wife, said ...

Do you work for money or national awards? Ajay Devgn st...