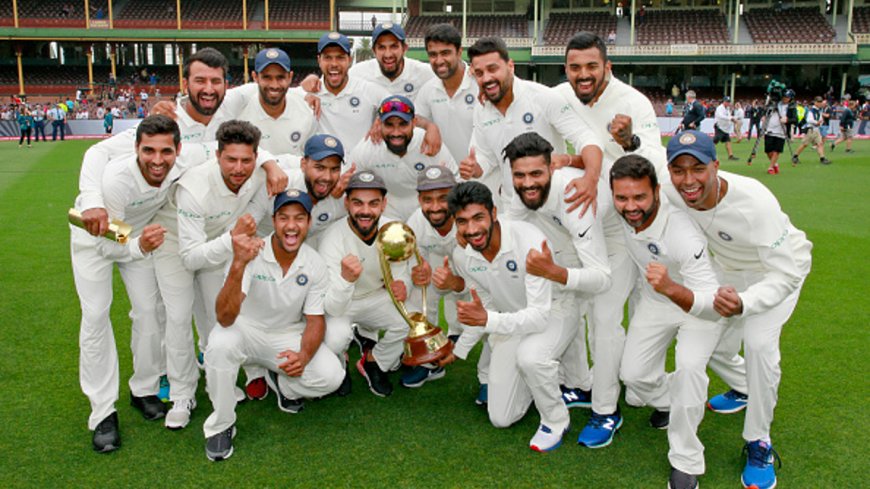 After New Zealand, Australia's team will come on an India tour. Where the Indian team will play the Border-Gavaskar Trophy of four Test matches with Australia. Team India was announced earlier this month for the first two matches of this Test series starting in Nagpur on February 9. This series is very important for the Indian team in terms of the final of the World Test Championship. At the same time, the Australia team is also coming with full preparation for the tour of India. Four spinners have been included in the Australia team squad to compete with Team India. Meanwhile, former Australian coach Darren Lehmann has made a big prediction.

Lehmann has said that left-arm Australian spinner Ashton Agar will prove to be a trump card against India. He has talked about giving Agar a place in the team as the second spinner. Agar has played just 5 Tests so far.

However, he did not get any wickets in the last Test against South Africa in Sydney. But, Lehmann claims that a finger-spinning bowler can be successful on Indian pitches.

During a conversation with Australian Radio SENQ, Liman said that he is aware of the conditions in India. Hence asking for the inclusion of the fingers spinner. He said that the finger spin bowler sometimes spins with the help of air and sometimes does not.

At the same time, the leg-spinner sometimes spins too much. While some balls of the finger spin bowler can get the batsman out by giving them a duck. The conditions in India will be favourable for them.

Lehmann said that he is advocating a player like Agar in the team because he also bats a little. He can play the role of the second spinner very well. He told that we had done the same four years back.

During that time Steve O'Keefe played an important role in Australia's victory by dismissing the Indian batsmen on their own land. O'Keefe took 12 wickets. That was our last victory in India.

'Take our everything but don't sell the country', Mamata Banerjee's big attack o...

There is nothing like 'miracle' in this... Magician Suhani Shah can also read pe...