There is nothing like 'miracle' in this... Magician Suhani Shah can also read people's mind like Pandit Dhirendra Krishna Shastri 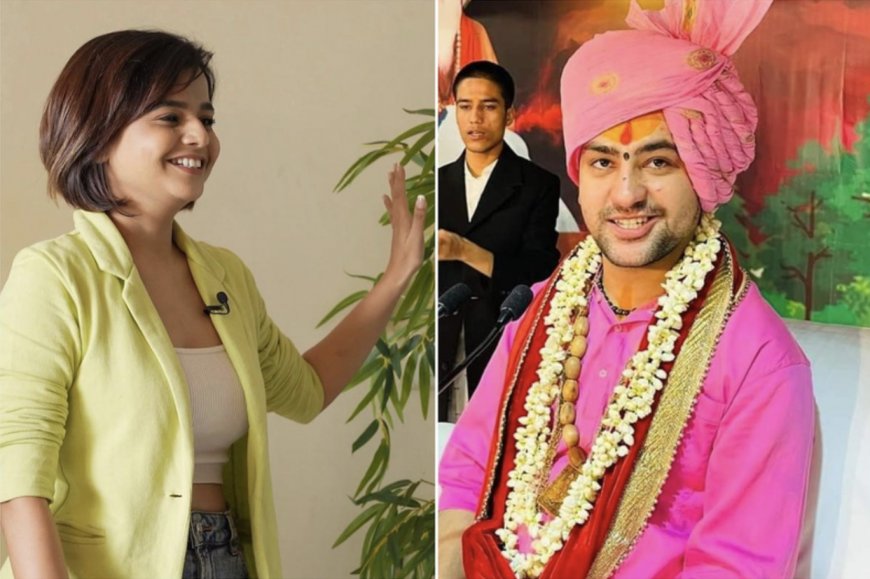 Maharaj Dhirendra Krishna Shastri of Bageshwar Dham is in coffee discussion these days. Those who apply in front of people in Bageshwar Dham. It has been seen through YouTube and television that people in his court ask him questions, for which he immediately tells the solution. At the same time, many times people do not even ask him questions, even then he tells people questions and solutions. When the media questioned Baba about this, he said that when I am not sitting on the throne, I remain an ordinary person. After sitting on the throne, I write down the orders that I get from Lord Balaji and Hanuman ji.

Does the Maharaj of Bageshwar Dham have any divine power? How does he read people's minds? Many people are saying that if he really has any miraculous power then he should fill the cracks of Joshimath. Although Dhirendra Krishna Shastri himself rejects the talk of performing miracles.

Many experts are giving their opinion regarding the miracle of Dhirendra Krishna Shastri. Meanwhile, the discussion has also started about Suhani Shah, the big mentalist of the country. Since Bageshwar Dham Wale Baba came into the limelight, she has claimed to read other's minds like Bageshwar Dham Wale Baba on many TV channels. On a national TV channel, Suhani was shocked to read the anchor's Mann Ki Baat.

In fact, when Dhirendra Krishna Shastri reads people's minds, he tells that it is the grace of his God, which makes it clear that he connects it with religion. At the same time, during debates on TV channels, female magician Shivani Sah is being called, in which she gives demos of reading people's minds. Along with this, she says that this is not a miracle, but it is done through a trick.

Experts tell that to know the mind of the person in front, the person understands the feeling of the person in front by being alert and keeping his mind open. Through some psychological tricks and advice, one can read the other person's mind. Psychologists call this empathic accuracy, which shows what is going on in the other person's mind. Although psychologists say that it is estimated through this.

Pankaj Mittal will take oath as the 40th Chief Justice ...

Operation Chakra: Big action by CBI across the country ...

Thousands of 'mangrove' trees to be cut for Mumbai-Ahme...

Gujarat gets a big project again, Tata and Airbus will ...