Begusarai Mass Shooting: In the firing case that took place in Begusarai district on Tuesday evening, now the police have released the picture of four suspects. While releasing the picture of the suspects, the SP said that not two but four criminals were involved in this firing. 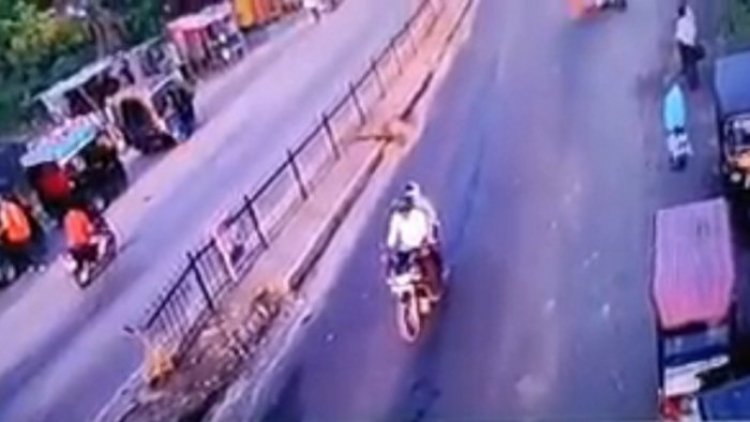 More than 24 hours have passed since the indiscriminate firing took place in Begusarai district on Tuesday evening. But so far no arrest has been made in this case. Several police teams have been formed to investigate the matter. But the police is yet to reach the attackers. Now Begusarai SP Yogendra Kumar has released the picture of four suspects. At the same time, he told that not two but four criminals were involved in this incident.

Begusarai SP said on Wednesday that in the investigation so far, it is clear that there were four people on two bikes, not two people on one bike, who carried out this incident. He said that four teams have been formed to investigate the whole matter, which is probing the matter from all angles. The footage obtained from CCTV is being studied. The picture of the four suspects has been extracted from the CCTV footage. An appeal has been made to the public to cooperate with the police in catching them.

Earlier, after the investigation done so far in this indiscriminate firing case, seven policemen have been suspended, while five suspects are being interrogated in custody. Here, four teams have been formed to investigate the whole matter. The Superintendent of Police said that several photographs have been extracted from the footage, which has also been sent to the surrounding districts for identification. All the perpetrators of the crime seem to be young.

The SP further said that a blockade has been done in all the police station areas of the district and the border of the district is also being sealed and an investigation is being done. Here, the places of the police team that went out on patrol during the incident were also investigated, in which negligence was found. Patrol team chiefs have been suspended on charges of dereliction of duty. He said that five people are being interrogated in this case and those who have been released from jail in the recent past are also being investigated.

Here the reaction of Chief Minister Nitish Kumar to this incident has also come to the fore. Nitish Kumar said that every single thing is being investigated. We have alerted the police officers. On Tuesday evening, in different police station areas of Begusarai, bike-borne miscreants opened fire indiscriminately and shot 11 people, of which one person was killed.

PM Modi in Kargil on the occasion of Deepawali, meeting...

8 killed in stone quarry collapse in Mizoram, many labourers...