Congress has been marginalized in Goa. In such a situation, the Aam Aadmi Party does not want to take any kind of risk regarding the MLAs. AAP has called all the MLAs to Delhi in view of the threat of Operation Lotus in Punjab. 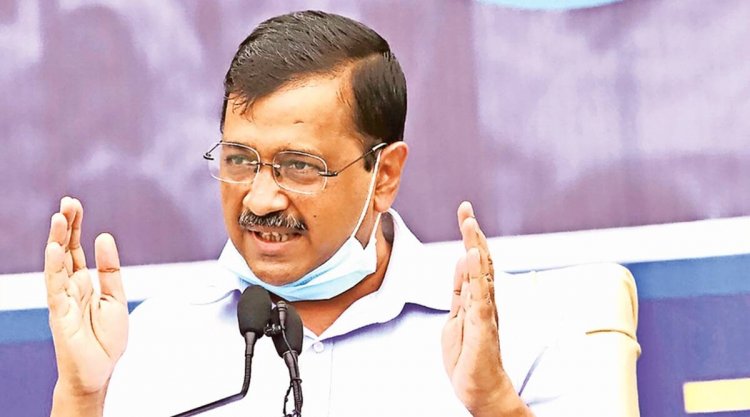 8 Congress MLAs join BJP in Goa. Due to this, the fear of Operation Lotus in Punjab is haunting the Aam Aadmi Party. The party has accused the BJP of trying to buy their MLAs. AAP MLAs have also lodged a complaint with the DGP of Punjab Police regarding this. In the midst of all this, now Delhi CM and AAP convener Arvind Kejriwal have called all the MLAs of Punjab to Delhi. At the same time, Punjab Chief Minister Bhagwant Mann said that BJP's 'Operation Lotus' has also failed in Punjab.
Actually, Aam Aadmi Party has accused BJP of horse-trading of MLAs. The party's fear of breaking the MLAs is so haunting that Arvind Kejriwal has asked all the party's MLAs and Rajya Sabha members to reach Delhi on September 18. A senior MLA from Punjab has confirmed this. In this meeting, Kejriwal can make a strategy to keep all the MLAs united and surround the BJP. This meeting is considered very important in view of the Himachal Pradesh and Gujarat elections.
It is being said that the Aam Aadmi Party can use this issue against the BJP. At the same time, BJP has denied the allegations of the Aam Aadmi Party. The BJP has said that the party is facing internal strife, so they are afraid of breaking up the party.
Aam Aadmi Party convener Arvind Kejriwal on Wednesday accused the BJP of having contacted 10 AAP MLAs. BJP has tried to buy MLAs by paying Rs 25 crores. At the same time, Finance Minister Harpal Cheema has said that there has been a threat to kill Jalandhar West MLA Sheetal Angural. After this, AAP MLA met DGP Gaurav Yadav and reached out to lodge a complaint against BJP.

Arvind Kejriwal's big claim - 'your government will be ...