Big decision of the central government: People sitting in the back seat of the car will also have to wear seat belts

Seat Belt Compulsory: Now all the people sitting in the car will have to wear seat belts. After the death of former Tata Group chairman Cyrus Mistry in an accident, the central government has made seat belts mandatory for all occupants of the car. 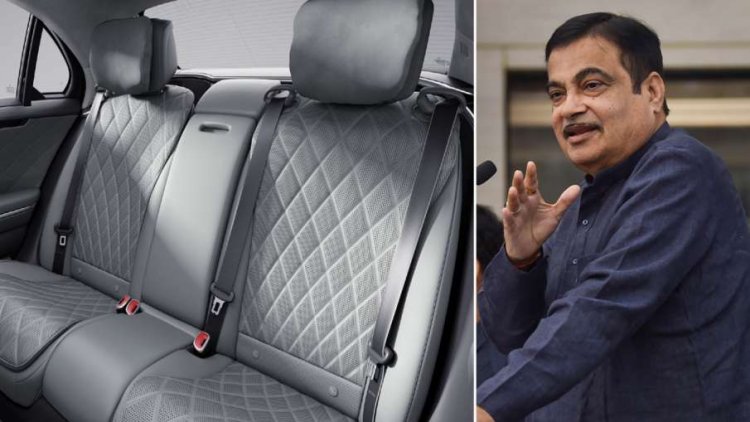 At present, the driving seat in the car and the people sitting in the front seat had to wear seat belts. But now people sitting in the back seats of the car will also have to compulsorily wear seat belts. The central government is going to implement it under the Transport Act. Union Road Raj and Transport Minister Nitin Gadkari have announced this. This order of the government has been taken after the death of former Tata Group chairman Cyrus Mistry in an accident.

The Union Transport Minister has given information about this order by tweeting. He tweeted that everyone sitting in the car will have to wear seat belts. In his tweet, a video of the conversation with Business Standard has also been shared by the Transport Minister. In this video, he is seen saying that it will be mandatory for all the people sitting in all cars, big or small, to wear seat belts.

If a person sitting in the back seat of the car does not wear a seat belt, then he will have to pay a fine if caught. There is a minimum fine of Rs 1,000 for not wearing a seat belt in the back seat. The Transport Minister said that order in this regard will be issued in three days. It may be mentioned that this order of the government has come to the fore after the death of former Tata Group chairman Cyrus Mistry in an accident. Cyrus Mistry died in a road accident on Sunday.

Cyrus's car collided with a road divider on the bridge of the Surya river near Palghar on the Mumbai-Ahmedabad highway while overtaking. Four people were in the car with Cyrus at the time of the accident. Cyrus was sitting in the back seat. But he was not wearing a seat belt. As soon as Mistry's car overturned after hitting the divider, he fell forward, entangled with the rear seat. Due to this he suffered a serious head injury and died.

Here, from July 1, 2019, the government made it mandatory for car companies to install seat belt reminders (alarms). But this is only for the front seats. According to experts, there should also be an alarm for the rear seat belt. Now the government is going to make it a law. Let us tell you that in the year 2020, 15,146 people lost their lives in road accidents in the country due to not wearing seat belts.