BJP leader Shubhendu Adhikari was taken into custody while trying to go to Santragachi during BJP's march to the state secretariat 'Nabanna'. During this, a video of him is becoming very viral on social media in which he was seen refusing to touch a woman police personnel. 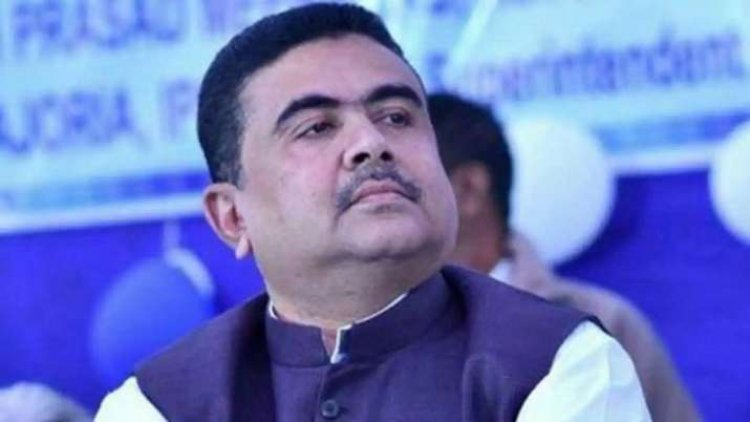 A video featuring BJP leader and Leader of Opposition Shubhendu Adhikari's remarks in the clashes in Kolkata today during the BJP's 'Naban campaign' against West Bengal Chief Minister Mamata Banerjee's Trinamool is going viral on social media. In this video, he is seen telling a lady police personnel that don't touch my body, you are a woman and I am a man. Sharing this video of his, All India Trinamool Congress (TMC) has taunted Shubendu Adhikari on its Twitter handle.

Proclamation of the day: "Don’t touch my body. I am male!" pic.twitter.com/hHiWr0yuHE

TMC tweeted sharing the video, "BJP's 56-inch chest model busted. Today's announcement: Don't touch my body. I'm a man!" Let us tell you, on Tuesday, there was a fierce police clash between BJP leaders and workers on the streets of Kolkata. Meanwhile, BJP leader Shubhendu Adhikari was moving towards Nabann from Santraganchi in Howrah. But the police surrounded them and stopped them from going further. During this, he had an argument with the police. He made this statement at the same time.

Actually, the women police personnel along with fellow police teams were trying to control the protesters. Meanwhile, she collided with BJP leader Shubhendu Adhikari. On this, the officer said with aplomb - "Don't touch my body. You are a woman, so I am a man." During the BJP's 'Nabanna Abhiyan', there was a lot of ruckus on the streets of Kolkata. The police car was set on fire. There was also stone pelting by the police team. In response, the police team lathi-charged the protesters. During this violent demonstration, the police team detained many protesting leaders including BJP leader Shubhendu Adhikari.