Condition of Vande Bharat Express only six days after its inauguration, its appearance deteriorated in a minor accident 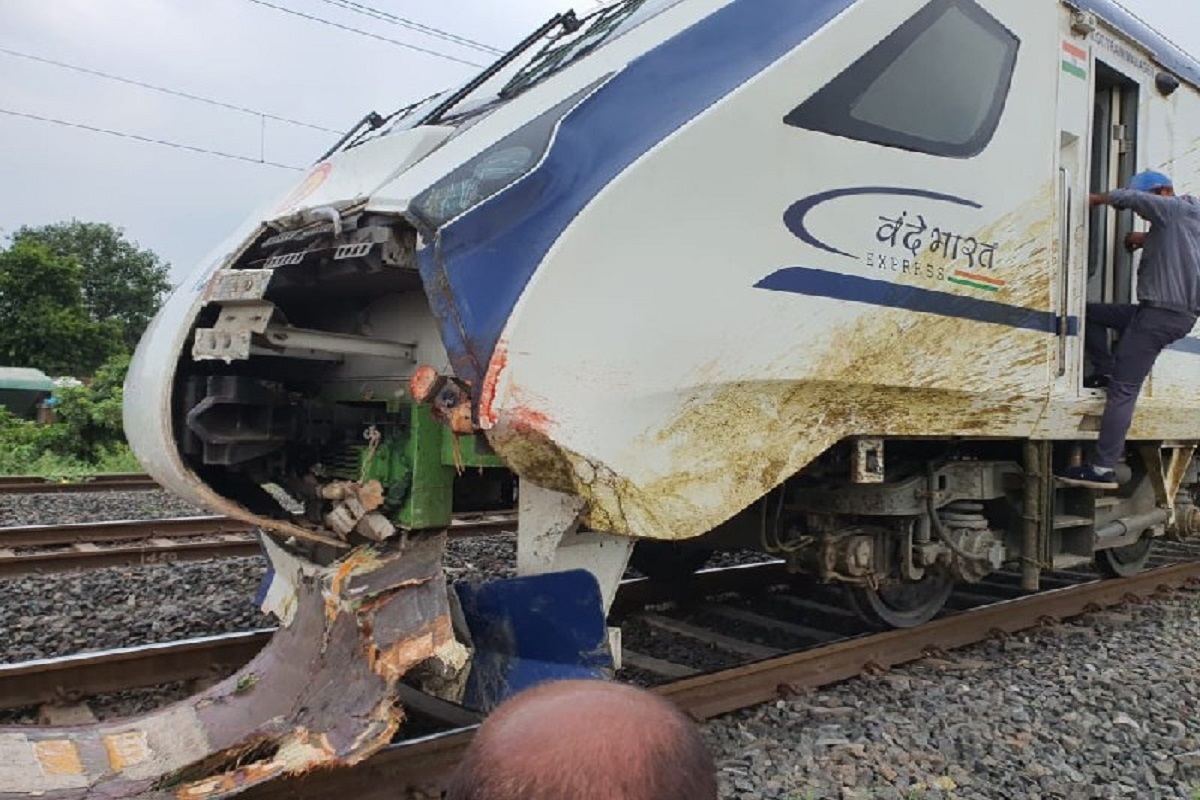 According to the information received, this accident happened near Vatva and Maninagar stations near Ahmedabad railway station while coming from Mumbai. Here Vande Bharat Express collided with a herd of buffaloes. The incident happened at 11:18 am this morning. The front portion of the Vande Bharat Express train was badly damaged when it collided with a herd of buffaloes. Due to the accident, the train had to be stopped for some time.

People say that the collision of cattle does not spoil the normal trains, while the bone of India's most Supertech train Vande Bharat was shaken by the collision of buffalo. This raises questions about its strength.

Here Railway PRO Pradeep Sharma said that there was some damage due to this incident. There is no effect on the operation of the train. The train is running at its scheduled time. Sharma said that the broken front portion of the train will be repaired. Railway officials said that the Vande, who rears cows and buffaloes in Gujarat, is not aware of the timetable of India. This is the reason why herds of buffaloes came on the tracks. Officials said that now a campaign will be launched to make people aware.

India will also have a vaccine against dengue, this company...