Karan Singh Grover got a big project as soon as he became a father, will share screen space with these superstars

Karan Singh Grover: 'Alone' actor Karan Singh Grover will appear in Hrithik Roshan and Deepika Padukone's film 'Fighter'. He himself has announced this. However, apart from Karan, Akshay Oberoi's entry has also been made in the film. 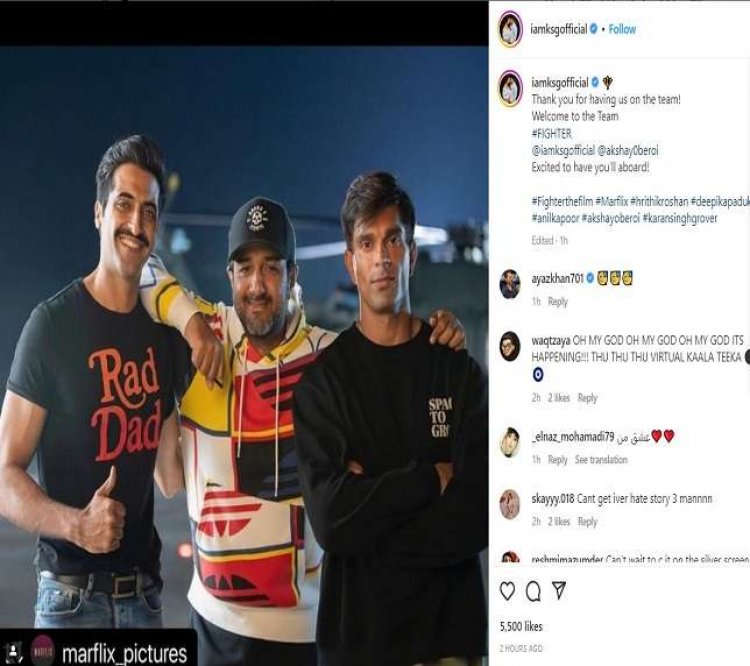 Bollywood actresses Bipasha Basu and Karan Singh Grover have recently become parents of a baby girl. Since then the couple is very happy. Meanwhile, Karan Singh Grover has a big project in hand. He will share screen space with the industry's dashing actors Hrithik Roshan and Deepika Padukone in the much-awaited film 'Fighter'. Recently Hrithik Roshan's look was revealed in the film, which has been liked by the fans a lot. These days the film is being shot in Assam. Meanwhile, news has come that some more names have been added to the star cast of this film being directed by Siddharth Anand.

Let us tell you that Marflix Picture has shared a picture of 'Alone' actor Karan Singh Grover and Akshay Oberoi from the set of 'Fighter'. Apart from this picture, both have also been seen with director and producer Siddharth Anand. Not only this, Karan Singh Grover himself (Karan Singh Grover Fighter) has confirmed by sharing this picture on his social media profile that he is going to share screen space with Hrithik and Deepika.

Actually, a few days back also some pictures from the sets of Karan Singh Grover's 'Fighter' were going viral on social media. After seeing this it was guessed that he is a part of this film. Now, putting an end to these speculations, the makers have confirmed Karan's entry into the film. Let us tell you that the film 'Fighter' will be the country's first aerial action franchise film, which will be released on January 25, 2024. At the same time, Karan Singh Grover will return to the film world again with the film.