Maruti Suzuki is making a big claim in the SUV segment with the launch of its car Grand Vitara. This car will hit the roads in September 2022, even before the launch, the company has started delivering the car to its dealerships. 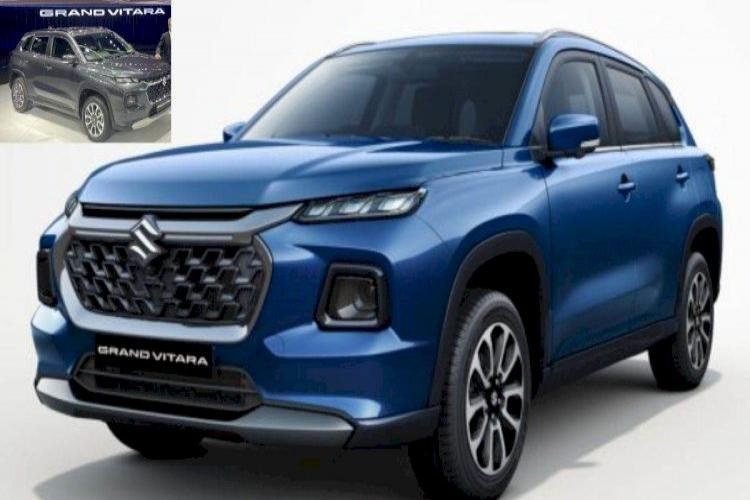 Maruti Suzuki is making a big claim in the SUV segment with the launch of its car Grand Vitara. This car will hit the roads in September 2022, even before the launch, the company has started delivering the car to its dealerships. The Indo-Japanese automaker aims to produce around 1 lakh Vitara in this financial year. The Maruti Grand Vitara SUV is targeting to sell 13,000 units per month in the coming months.

Along with running on hybrid, it will also run on petrol

Along with this, this car will run on hybrid as well as petrol, which is becoming very important in the medium-sized SUV segment. Let us tell you that the company will make this car available to the people with a 1.5L TNGA Atkinson cycle engine with an electric motor and a 1.5L K15C mild hybrid powertrain. However, the car before this makes a top power of 115bhp with an eCVT gearbox.

The company has claimed that its strong hybrid version will give a mileage of 27.97kmpl, which is the highest in its segment. On the other hand, its mild hybrid system will give a fuel efficiency of 19.38kmpl for the all-grip AWD model, 2WD, 20.58kmpl for the automatic variant, and 21.11kmpl for the 2WD manual variant.

The company has given many important features in it. Along with this, it gets a 7.0-inch digital instrument cluster and 360-degree camera, black leather seats, leatherette steering wheel, wireless charger, heads-up display, a panoramic sunroof, ventilated front seats, hill descent control, and ambient lighting. On the other hand, 9.0-inch SmartPlay Pro + infotainment system, Arkamys sound system, reverse parking camera, rear fast charging USB port and many more features have been made available.

The Country's Exports Increased By 4.82 Percent In September,...

Cars damaged by floods in Bangalore? Victims of the 2015...

Increased the interest rate in fixed deposits by SBI and...