Moosewala Murder Case: Weapons Recovered On The Spot Of Accused Gurmeet, 10 Days Before The Murder, The Recce Was Done

DCP Crime Varinder Singh Brar said that Gurmeet Singh, who lives in Chakka Khasa Kulia village of Batala, has been a national level player of Javelin. When a case was registered against Gurmeet for a minor incident in the village, he joined the world of crime. 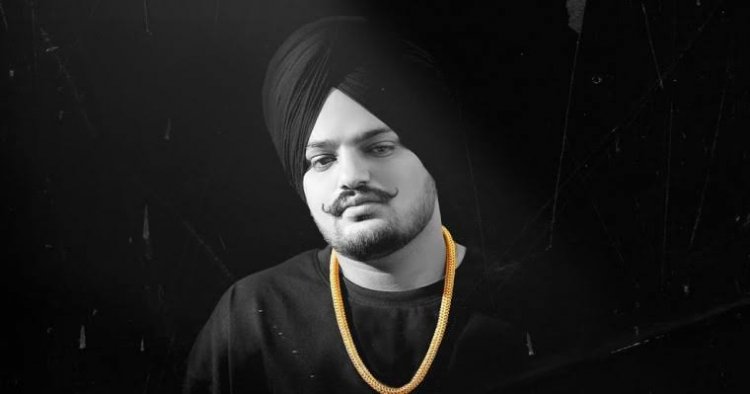 Moosewala Murder Case: Weapons Recovered On The Spot Of Accused Gurmeet, 10 Days Before The Murder, The Recce Was Done
Ludhiana Police has recovered a three bore pistol and live cartridges on the behest of Gurmeet, accused of recceing Punjabi singer and Congress leader Shubhdeep Singh Sidhu Musewala. Ludhiana Police from Batala has brought Gurmeet on production warrant. During interrogation, he told that 10 days before the murder of Musewala, he had gone to do Reiki with his associates.
Gurmeet reveals that gangster Goldie Brar had instructed Sidhu Musewala's Reiki from Canada. After this, taking a Fortuner car, he came to do Reiki with Satbir Singh, Mandeep Toofan, Manpreet Singh Mani Raiya. All four were armed. DCP Crime Varinder Singh Brar said that a case registered in Police Station Salem Tabri is related to Moosewala murder case.
Investigation revealed that 10 days before the murder, a Fortuner car was caught on CCTV camera at the petrol pump in Dabwali. It was learned that the car was being driven by Ajnala resident Satbir Singh, while gangsters Manpreet Singh and Mandeep Toofan were sitting. Fourth accused Gurmeet is close to gangster Goldie Brar and gangster Lawrence. Gurmeet was arrested by the Batala police and sent to jail after interrogation. It was revealed from gangster Jaggu Bhagwanpuria, taken on production warrant by Ludhiana Police, that the fourth accused in the vehicle was Gurmeet Singh. After this the Commissionerate Police also brought Gurmeet on production warrant.

The accused is a good player of javelin game

DCP Crime Varinder Singh Brar said that Gurmeet Singh, who lives in Chakka Khasa Kulia village of Batala, has been a national level player of Javelin. When a case was registered against Gurmeet for a minor incident in the village, he joined the world of crime. Later he came in contact with Lawrence and Jaggu Bhagwanpuria and started supplying arms.

We have not expected to get justice from any government police in the Sidhu Musewala murder case. Instead of taking action in this matter, the government is only doing a cover-up. While addressing the fans of Sidhu Musewala in village Musa on Sunday, Mata Charan Kaur said that Punjab Police is busy pretending by taking fake police remand of gangsters, otherwise man would have been able to walk after police remand but still all gangsters. Appears to be laughing. He said that the gangster's absconding from the custody of Mansa police and the police officers taking photographs of the gangsters with jaffi proves that the police has been so careless in the Sidhu Moosewala murder case.
He said that the officer Baltej Pannu leaked the matter of Sidhu's security. Why has no action been taken against him yet? Had the police intended to give justice to Sidhu, Baltej Pannu should have been booked as well. He said that the security of the common man is missing in the rule of the government that talks about the common man. Even the common man is no longer safe.
He said that none of the 92 AAP MLAs have opened their mouths about the Moosewala murder case because they love government chairs. People's sons die, they don't feel sorry for that. Musewala's father Balkaur Singh said that now he will have to take to the streets to seek justice for Sidhu Musewala's murder as all hope has been lost all around.

A Youth From Assam Was Arrested On Suspicion Of Having ...