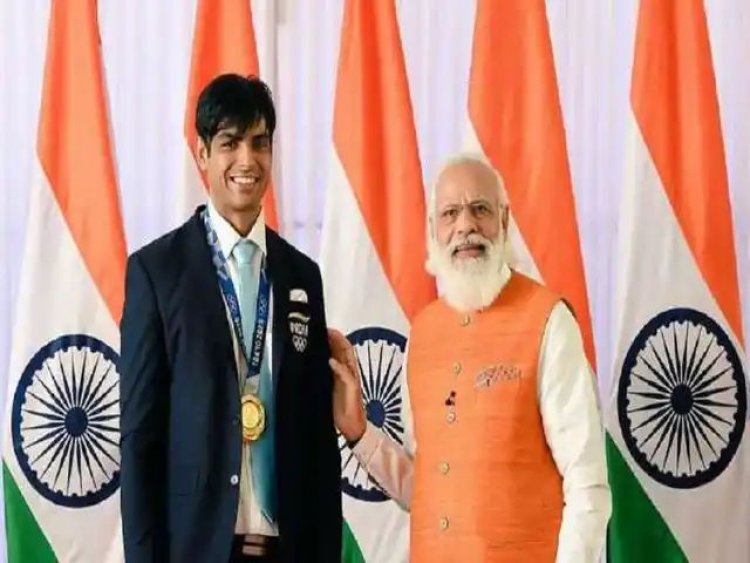 Swarajyatimes : Javelin throw star and Tokyo Olympics winner Neeraj Chopra won a silver medal at the World Athletes Championships. By winning the silver medal, Neeraj changed the history of 17 years. Before Neeraj, Anju Bobby won the bronze medal in 2002. On this victory of Neeraj, he is getting congratulations from abroad, from common people to big leaders, actors are congratulating him on social media.

History Created by Neeraj Yet Again ????????????@Neeraj_chopra1 becomes the 1st Indian Male to win a medal at the #WorldChampionships

However, in the match, Neeraj's first throw was fouled, in the second attempt he went 82.36 meters in the third attempt, 86.19 and in the fourth attempt, he went up to 88.23 meters. The fifth and sixth attempts were throws.

A great accomplishment by one of our most distinguished athletes!

Congratulations to @Neeraj_chopra1 on winning a historic Silver medal at the #WorldChampionships. This is a special moment for Indian sports. Best wishes to Neeraj for his upcoming endeavours. https://t.co/odm49Nw6Bx

Congratulating him on the victory of Neeraj Chopra, PM Narendra Modi said – Neeraj Chopra is a talented player, His achievement is the greatest. He further wrote on Twitter, congratulations to Neeraj for winning the silver medal in the world championship event. This is a special moment for India and its players.

• Wins ????in Men's javelin throw at @WCHoregon22 with his best throw of 88.13m, becoming the 1st Indian male and 2nd Indian to win a medal at the #WorldChampionships!

Neeraj has now won medal at every Global event !

Jammu and Kashmir: Two terrorists killed in attack on Agniveer...