Nora Fatehi, who was slapped by co-actor, was in pain in Kapil Sharma show, now actor broke silence

Ali Quli Mirza Slapped Nora Fatehi: Nora Fatehi recently reached 'The Kapil Sharma Show' and told that when she went for a shoot in Bangladesh, a co-actor misbehaved with her there. On which actor Ali Quli Mirza has broken his silence. 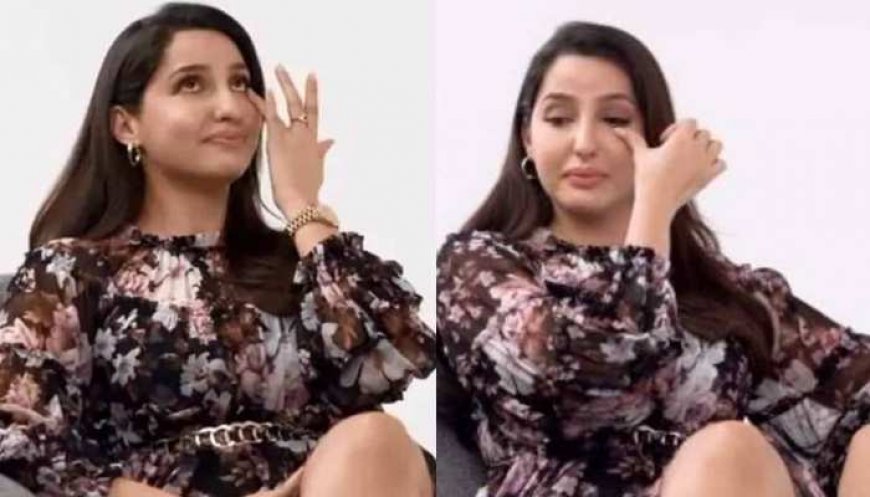 Bollywood actress Nora Fatehi sometimes remains in the headlines for her sizzling dance and sometimes for her personal life. Recently, there was a rumour on social media about her and Shah Rukh Khan's son Aryan Khan's dating (Nora Fatehi and Aryan Khan). Now once again he is in the headlines. Actually, recently Nora Fatehi reached the show of Comedy King Kapil Sharma. While talking, he shared an incident that happened to him. He told how his co-actor had slapped him.

Let us tell you that Nora Fatehi recently reached 'The Kapil Sharma Show' and told that when she went for a shoot in Bangladesh, a co-actor misbehaved with her. Which they could not tolerate and the fight between the two escalated. The result was that Nora slapped the co-actor, who in turn also slapped him. It had even come to the point of pulling hair. On the other hand, everyone in the show was stunned after hearing this talk of Nora Fatehi.

As soon as the show was telecast on television, actor Ali Quli Mirza made many serious allegations against Nora Fatehi. He said in an interview that during the shooting of a film 10-12 years ago, Nora had slapped him on some issue, after which he also retaliated and killed the actress. Ali is sad that this incident is very old and now the actress is narrating it to everyone.

Ali Kuli also said that I and Nora have been friends since we were nothing. We made her and when Nora started getting films, she changed. Giving clarification, Ali Kuli further said that when Nora started getting films, she herself started taking credit. In one such shoot, he raised his hand at me, I also raised my hand in response. She said that now she is going to do all these things on the show. So they should not forget that bad times also come.

Uttarakhand CM Dhami promises on Joshimath compensation, will give the best rate

Even a drop of alcohol is not safe, even low drinkers are at risk of cancer: WHO

Rishabh furious at Urvashi for 'Quit me sister'; The ac...

Mother Vanita said on the allegation of not giving mone...

Alia Bhatt about to change her name after five months o...