PM MODI’S PICTURE SURFACED AS HE VOTES FOR PRESIDENTIAL ELECTION . 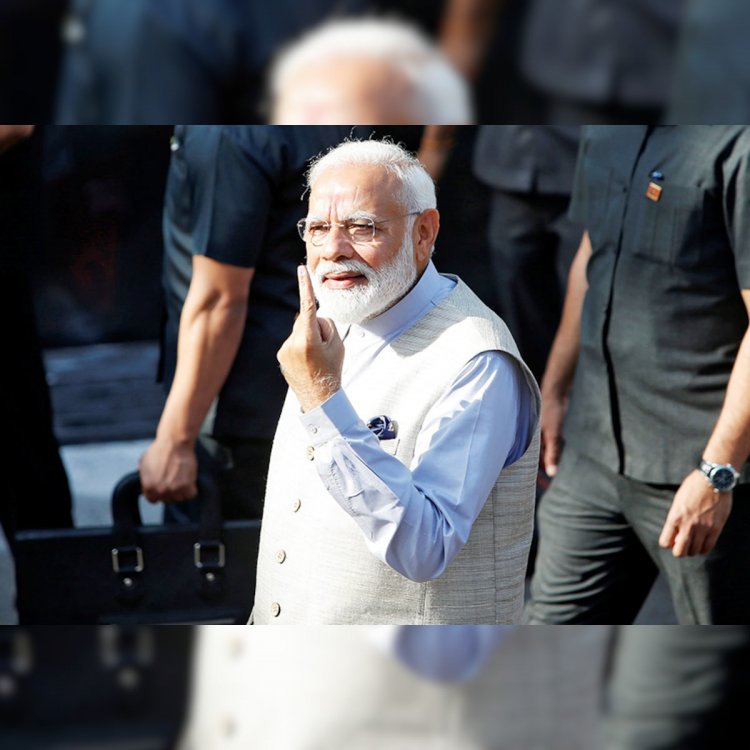 The pooling for presidential election started at 10am and will end at 5pm, further the counting of votes will be held in Delhi on 24th July, meanwhile the monsoon session will be held which will be continued till 12th August, PM  Modi urged the lawmakers  to make decisions on various issues and problem and keep open mind while making the decisions for the fruitful outcome.

Further  talking PM Modi said that “there should always be a dialogue in parliament, and should have open mind, if necessary there should be a debate too,i urge all the MP’s to think deeply and make this monsoon session more fruitful.”

TAMIL NADU MINISTER GET ANGRY ON JOURNALIST: KNOW THE REASON BEHIND HIS ANGER.

2 die after drinking spurious liquor in Junagadh, one i...

Neeraj Chopra Missed The Gold But Won The Silver Medal ...

Hearing on petitions filed against CAA postponed in Sup...